Her enthusiasm earned her an adorable return trip to watch a women’s match from the field. 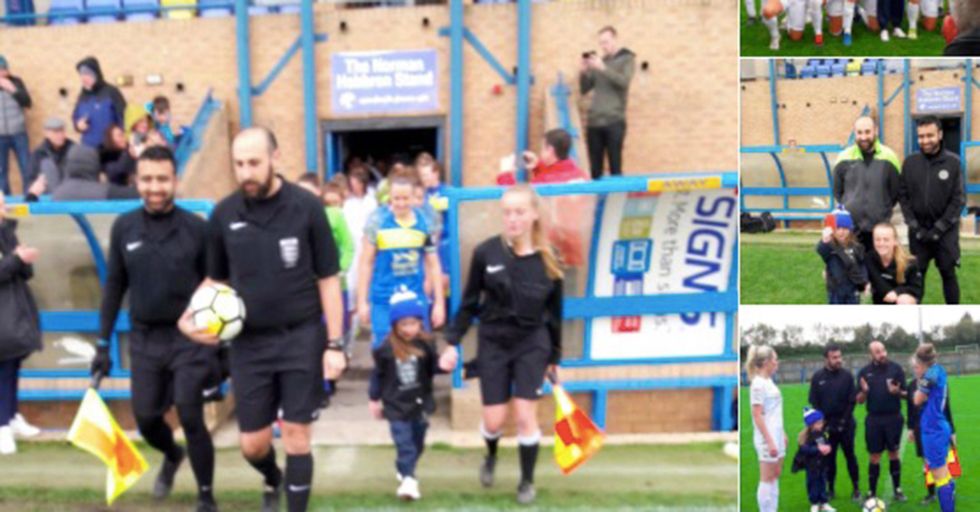 When Twitter user Hullablue took in a soccer match with his young daughter, he expected her to find some inspiration from the players on the field but was shocked to find that her attention and ambition lay elsewhere once they arrived. Standing next to the pitch at a semi-pro match near Leeds, England, the young girl remained singularly focused not on the players but on an assistant referee standing nearby.

Her dad, Nathan, caught a snapshot of 4-year-old Clara conversing with the female referee, enthralled by her presence and later heartened by learning that she too could become a referee even when the players are men.

The telling photo moved many Twitter users to voice their support of not only Clara’s aspirations, but also the growing presence of women on the pitch, both as players and referees.

Another group used the viral photo to promote referee recruitment across gender lines.

Upon learning of Clara’s enthusiasm, the Leeds United women’s team gave the youngster VIP treatment as she stood on the pitch to take in Sunday’s game alongside a female assistant referee.

A ref from the later match took to Twitter to share how special her reaction was to the crew working the game that day, men and women alike.

@hullablue @LeedsUtdLadies I was one of the assistant referees today and it was an honour to be part of her day, all the best for her future
— Haris Muhammad (@Haris Muhammad) 1508694099.0