He has science on his side. 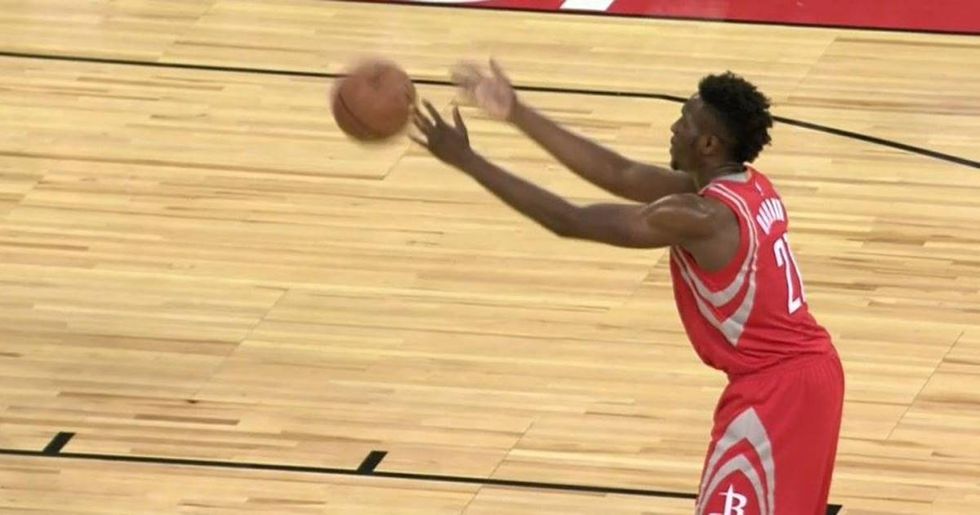 During a recent exhibition game in China, fans were taken aback by Houston Rockets’ rookie Chinanu Onuaku’s unorthodox free-throw style. Unorthodox, that is, if you’ve never seen first graders play basketball. Onuaku grabbs the ball with two hands, drops it below his knees, throws it underhanded and...swish. This free-throw technique commonly known by the sexist and ageist term “granny” shot, has been out of fashion in the NBA for decades. But, according to science, it’s proven more effective than shooting with one hand above the head.

Onuaku doesn’t need science to tell him that the underhanded free throw is where it’s at, he’s seen the results first-hand. While a freshman at Louisville, he was shooting just 47 percent from the line. After switching to the underhanded style in his sophomore year, his free throw percentage rose to just under 60 percent. Although his play from the line has has drastically improved, Onuaku is still chided by his teammates for his old-school technique. “I don’t really care what people think,” Onuaku says. “I know they’re going to make fun of me. I just brush it off. It’s all about getting better.”

According to Discover Magazine, the underhanded free throw provides superior arc and spin to the overhead shot. “That’s why these guys miss so much,” Peter Brancazio, author of SportsScience: Physical Laws and Optimum Performance, says. “Because of the sharp angle of the typical overhand throw, there ends up being a much smaller window for the ball to go in. If the ball comes down at the basket from a steeper angle, the way it does if tossed up in the high arc characteristic of an underhand throw, the margin reappears. That means there’s a far greater chance of making the basket.”