It was attended by 14 NFL teams. 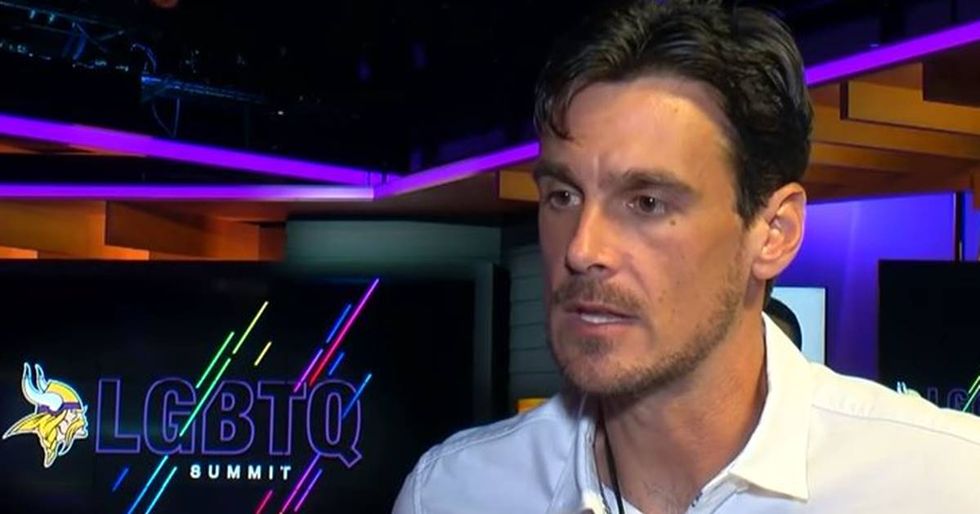 A shift towards more inclusion in the NFL might finally be upon us.

On June 21, the Minnesota Vikings became the first NFL franchise to host an LGBTQ summit. The event was held at the TCO arena and moderated by local news anchor Jana Shortal.

We're excited to be hosting the #VikingsLGBTQ Summit at our facility today. pic.twitter.com/TajoObYbxE

Getting ready to join the panel for this first ever #VikingsLGBTQ #summit happening now! With the awesome @eseratuaolo #NFL #EqualityForAll @AthleteAlly @HRC #Minneapolis pic.twitter.com/Jnp1p1cfw6

The summit focused primarily on how to promote an inclusive atmosphere for LGBTQ athletes and fans. There was also a discussion on LGBTQ participation in youth sports. An alarming statistic came out of the event: Only 24% of LGBTQ high school students participate in a sport, and 11% don’t feel safe in the locker room.

Not all gay people love sports. But my son is fanatical. As an #LGBTQ parent I have a serious interest in a shift in the culture of sports. And as a family of #vikings fans - I’m particularly interested in a change in the culture of football. #VikingsLGBTQ

On one of the panels, Kluwe discussed how straight athletes can mend the alienation LGBTQ athletes feel on all levels. He also emphasized the importance of eliminating homophobic slurs from the lexicon of sport.

“I was taught to use homophobic language to diminish my peers,” said Taylor. “I think that goes on in locker rooms around the country. … We all need to do a better job of saying what’s acceptable, what behaviors and language are acceptable.”

Although the summit was a great step in the right direction for the NFL, it stems from an ugly incident Kluwe faced as a member of the Vikings organization. Kluwe threatened to sue the team after special teams coordinator Mike Preifer made an anti-gay remark on the practice field. The summit was organized by the Vikings as part of a settlement it reached with the former punter.

“I wish it was all the teams [that were here] but I think it’s a good start,” Kluwe said. “Especially if even four or five of those teams go back and do something with it, that’s four or five more teams than we had in the entirety of the NFL. This is one of the things where I think once teams understand why this is an important issue and how it benefits them to deal with LGBTQ rights … I think we’ll see some serious change and adoption of policy happening.”