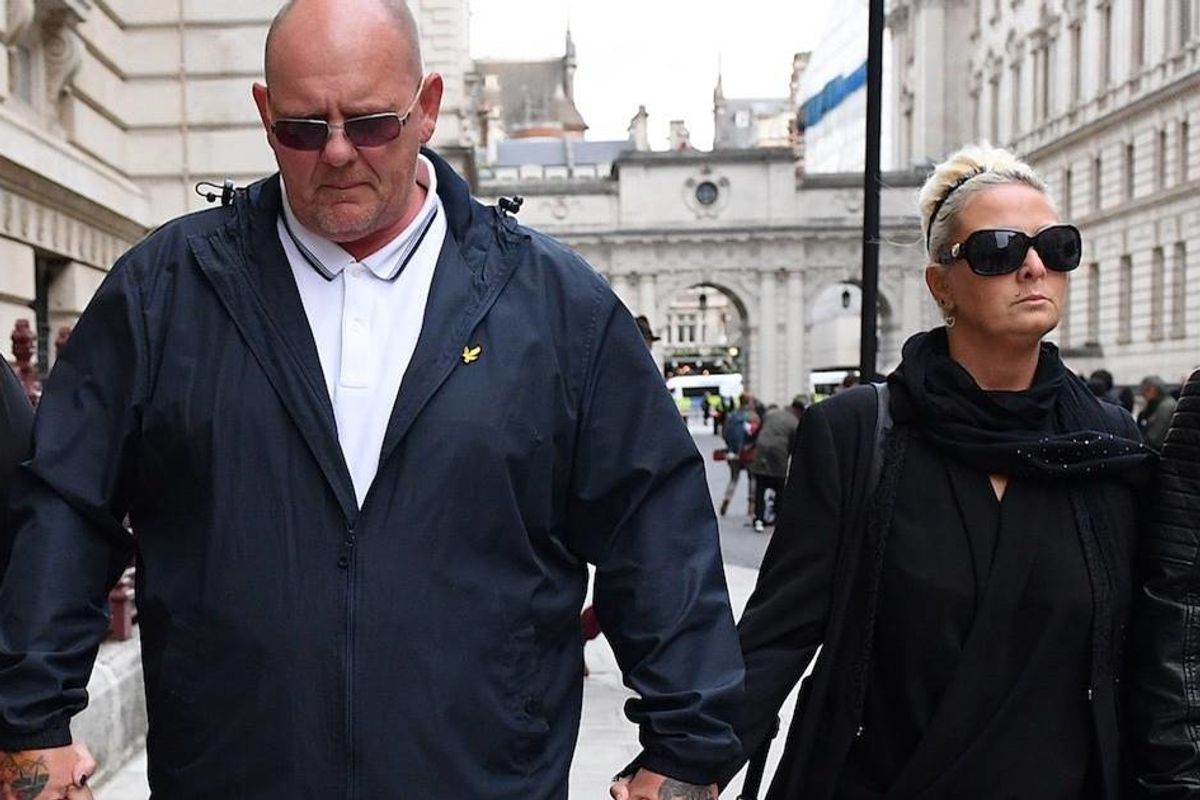 In August, Anne Sacoolas, 42, the wife of and American intelligence official, collided with motorcyclist Harry Dunn on the road outside the Royal Air Force base in Northamptonshire, England.

Sacoolas was driving on the wrong side of the road and said she had "no time to react" to Dunn coming down the hill. The teenager died at the scene of the accident.

Three weeks after the incident, claiming diplomatic immunity, Sacoolas, her husband, Jonathan, and their three children boarded a commercial air flight and returned to the United States to escape prosecution.

"Our understanding is that the British authorities were informed and aware of their departure before they returned to the United States," the family said in a statement. Sacoolas has not been seen in public since returning to the U.S.

This is Anne Sacoolas. Wife of a US Diplomat. Anne visited the UK. She was found to be driving in the oncoming lane when she hit & killed 19yr old motorcyclist Harry Dunn. She has so far evaded justice by fleeing to the US using diplomatic immunity#Justice4Harry #AnneSacoolas pic.twitter.com/3F7Mwt5PAm
— Premises187 (@Premises187) October 9, 2019

On Saturday, October 12, England's Foreign Secretary Dominic Raab wrote to the family of the victim saying that Sacoolas no longer had diplomatic immunity because her husband had left his post at the RAF base.

RELATED: South Park's new episode is a hilarious wake up about China that everyone should see

The Dunn family has since come to the United States to encourage Sacoolas to return to England to face justice. They received an "urgent" request to visit the White House on Tuesday night, and according to President Trump, the meeting was arranged at the request of British Prime Minister Boris Johnson.

A press pool was gathered in the Oval Office meeting where trump shocked the Dunns by inviting them to meet with Sacoola who has waiting in an adjacent room.

The Dunns were blindsided by Trump's request which felt more like a reality TV stunt than an attempt at reconciliation between Sacoolas and the Dunns.

While under the scrutiny of the press and the President of the United States, the Dunns bravely refused to meet with Sacoolas. Family spokesman Radd Seiger said they felt "ambushed" by the "bombshell" announcement.

Seiger told The Daily Beast that the Dunns will meet with her "only on British soil" and "only with mediators, counselors, and their legal team in tow."

The Dunn family's refusal of the president's request and composure in the face of such an insensitive stunt is commendable, especially while under the pressure of the moment.

RELATED: The King of Sweden removed 5 grandkids from the royal family to ease the burden on taxpayers

The grieving family was caught up in a whirlwind of activity from the last-minute White House invite, to meeting the president and then, finally, to have their son's killer awaiting for them behind an adjacent door like some sort of game show.

"It struck us that this meeting was hastily arranged by nincompoops on the run and in particular Mr. O'Brien, who appeared to be extremely uptight and aggressive and did not come across at all well in this meeting which required careful handling and sensitivity," Seiger wrote.

"The family remain open to the possibility of meeting Mrs. Sacoolas one day in the future but in a neutral and appropriately controlled environment."

"Our grief has been locked in, it's not appropriate to meet her, without therapists and mediators, let alone for us...but also for her."

Trump downplayed the stunt by blaming the victims on Wednesday at a joint press conference with Italian President Sergio Mattarella. "I offered to bring the person in question in," he said. "And they weren't ready for it."

Who in their right mind would be "ready" for meeting the person who killed their son in the Whte house in front of the press with zero preparation?