Police Officer Talks Man Down From Bridge; Gives Him a Hug. 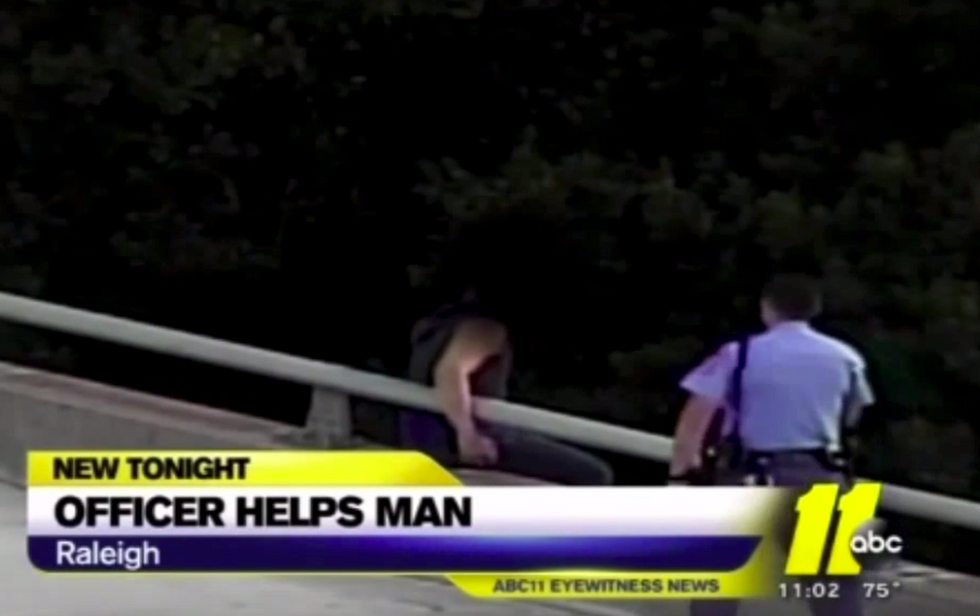 A moving moment between a cop and a suicidal man was captured by Department of Transportation cameras in Raleigh, North Carolina. Concerned motorists alerted the police department to a man who was dangling over a bridge railing. Eventually, a Officer Dan Hicks made his way over to the person and began a friendly conversation. A short while later, the cop helped him back over the ledge and drew him in for a long hug. What a beautiful moment.