DoSomething.org’s “1 Star for Hate” initiative makes it easy for anyone to help put an end to offensive cultural appropriation. 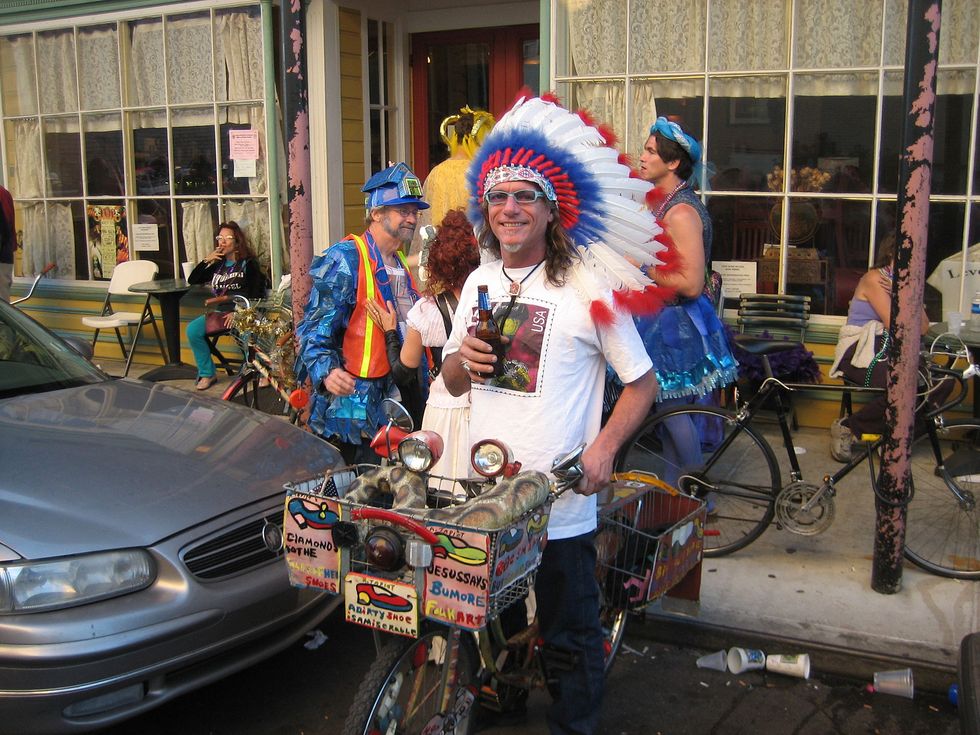 In this age of insta-internet shopping from the comfort of your sofa, is there anything more powerful than the online product review? Take, for instance, the serious way with which Amazon dealt with more than 1,000 people accused of “selling” their five-star endorsements: They sued them. So, given the importance imparted to the online review, it’s no wonder that a team of activists have chosen to harness its power for a worthwhile cause—fighting back against racist, offensive, Halloween costumes.

“1 Star for Hate” is a new initiative from Do Something, the issue-based campaign nonprofit co-founded by actor Andrew Shue. The goal, explains the 1 Star webpage, is to “[t]ell people why costumes like ‘American Brave’ are cultural appropriation—in other words, why they exploit elements of a culture and why that's not cool.” To accomplish this, 1 Star for Hate is encouraging people to embrace their inner troll (this is, after all, a Halloween-centric project) and write sarcastic, snarky reviews of offensive costumes—they specifically point toward those that appropriate Native American traditions—in the hope that both potential customers and retailers will get the message, and stop buying or stocking the product altogether.

In fact, it seems as if every year, retailers—particularly large, decentralized online marketplaces such as Amazon—find themselves backpedaling after being caught selling blatantly offensive Halloween merchandise. This year, for example, it was Walmart’s turn to apologize, after uproar over its hook-nosed “Sheik Fagin” product. For its part, 1 Star for Hate has set its sights on (among others) the “Pocahottie” costume—a slinky fringed miniskirt marketed with the cringe-worthy promise that, when paired with “sexy Indian high heels [it will] ... make your tepee the place to be!”

At the time this is being written, the Pocahottie costume has 705 reviews, 84% of which are just one star, with many of those using the exact language suggested by Do Something on the initiative’s webpage.

To encourage participants to partake in the 1 Star for Hate campaign, Do Something is offering the opportunity to win a $3,000 scholarship for those who troll obviously racist or offensive costumes. Every time a user leaves a snarky review, pointing out a costume’s problematic racial implications, they are asked to screen-shot their work and submit it to the Do Something page. Each subsequent entry increases that person’s odds of winning the scholarship money.

Before this Halloween-specific campaign, a 1 Star for Hate initiative was launched over the summer to address a problematic Caitlyn Jenner costume. As the group explains:

Online retailers were selling a “Call Me Caitlyn” (Jenner) costume with a masculine-presenting model, which is offensive and perpetuates stereotypes about trans people—the incorrect idea that trans people are “pretending to be” another gender. Members like you used our example reviews on sites that sold the costume to say why it hurts the trans community—and they took the costumes down!

Of course, snarking retailers until they pull offensive products from their shelves won’t, in and of itself, put an end to the permissive attitudes fueling those who think it’s ok for costumes to mock another culture.

It is, however, a pretty good place to start.

[via the daily dot, dosomething.org]