Brewery uses 'Beer for Girls' to mock the parade of ridiculous tactics marketing to women.

The “edgy” campaign and its confused messaging hasn’t worked the way the company had hoped. 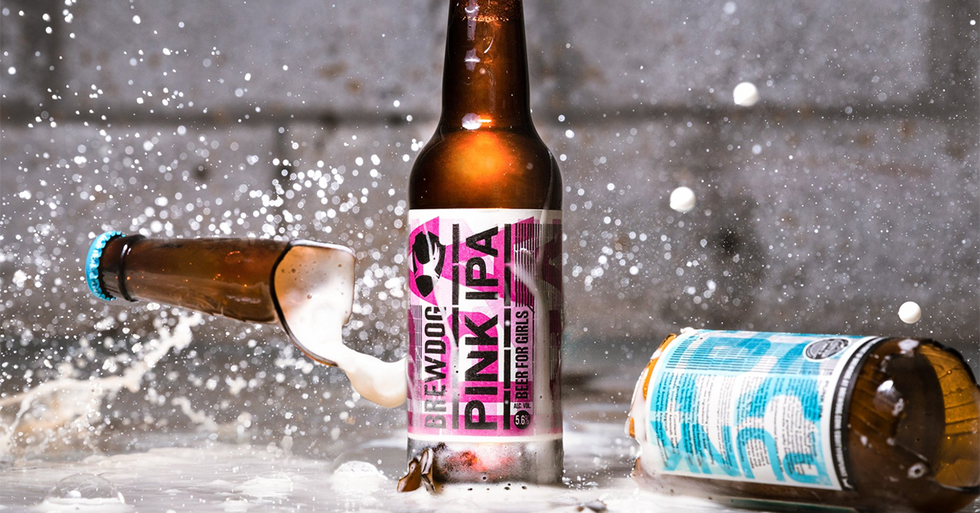 In its lead-up to International Women’s Day, U.K beer company BrewDog announced a “Beer for Girls” campaign to highlight its Pink IPA in a purported effort to satirize stereotypically sexist marketing tactics. And it has found its tongue-in-cheek effort falling flat. The Pink IPA was theoretically to be sold at a lower price to women than men to help “close the gender pay gap in the U.K. and around the world and to expose sexist marketing to women, particularly within the beer industry.”

The trope of marketing an item at different prices to draw attention to the wage gap has been done before by McLean’s, a Candian social issues magazine, and many have found BrewDog’s effort as uninspired as the gender-insensitive marketing it claims to parody while gaining free exposure in the name of social progress.

Despite the company’s claim to fight sexist marketing with a tagline from their head of marketing, Sarah Warman, that states “love of beer is not gendered,” many are crying foul, claiming that aping the very same tactics, even satirically, does little to advance the discussion or cause, resulting in hollow signaling for the sake of attention.

Even when the public gives the company the benefit of the doubt when it comes to the inspiration for the campaign, the intent hardly shines through the messaging.

For all brands, it's REALLY important to have consistent and clear messaging, ESPECIALLY when talking about real is… https://t.co/JITuyclyZc
— Chris Smith (@Chris Smith) 1520332494.0

When a company relies on conflicting messaging and the hashtag “#sarcasm” to get a point across, it’s difficult to take away anything other than confusion from its campaign.

Those who aren’t raising an eyebrow seem to be missing the irony entirely.

@BrewDog you have taken one of your existing products, just put a pink label on it, cause 'oh we think women like p… https://t.co/8HJirOT4dP
— Georgina Breeze (@Georgina Breeze) 1520329078.0

Gender-specific marketing didn’t go well for Doritos in earnest, and the tactic, when cloaked in dripping sarcasm, isn’t faring much better for BrewDog. Perhaps a simple, straightforward message would drive the point home more effectively.

This approach may have garnered more attention for the brewery but likely not in the manner they had hoped.