‘When we hit that resistance and we feel pain, we want to stop, right?’ 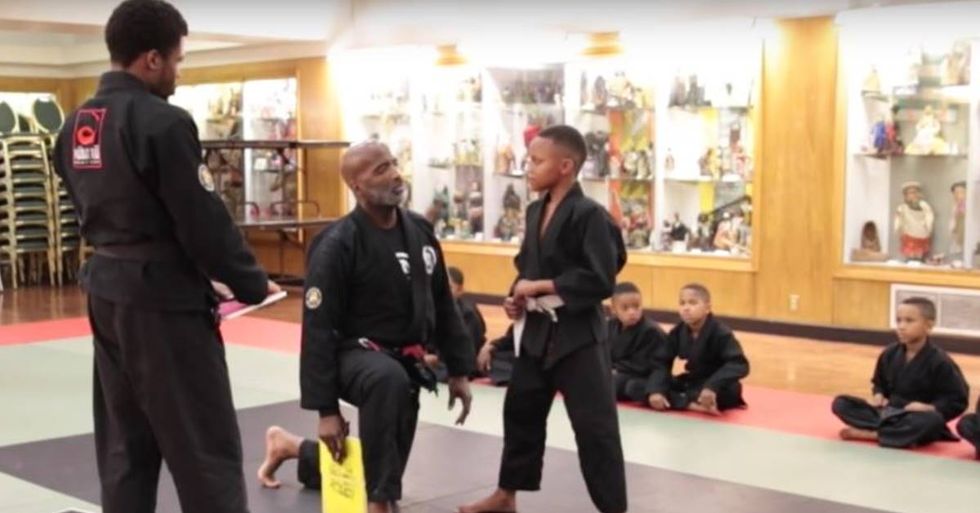 Throughout human history male children have always been told to “Man up!” because “boys don’t cry.” But research shows this emotional hardening of young boys can lead to depression, anxiety, and isolation when they grow older. So how should we teach boys to deal with their emotions during times of hardship? In this video, Jason Wilson, head instructor of the Cave of Adullam Transformational Training Academy gives empowering wisdom about how to overcome emotional barriers to his nine-year-old student, Bruce.

During his initiation test into the academy, the boy’s left hand began to hurt so he started to cry. But his instructor was there to pick him up with some sage advice. “I don’t mind you crying, I cry too,” Wilson says in the video. “I don’t know if you’re facing fear or you don’t think that you can make it—and we all face that from time to time–but when we hit that resistance and we feel pain, we want to stop, right? Because it’s hurting and feel like ‘I don’t want to go through this anymore’, right? But we have to fight through it as men.” Wilson’s empowering speech gave Bruce the power to punch straight through the board at a time when he felt thoroughly defeated.

The Cave of Adullam Transformational Training Academy’s mission is to “Create a generation of men who are physically conscious and spiritually strong enough to navigate through the pressures of this world without succumbing to their emotions.” The academy is based in Detroit, Michigan and has been transforming the lives of boys and young men since 2008.