From Meditation To Mind Runs, Olympians And Paralympians Share Tips For Mental Training

A new video series looks at how athletes train their minds. 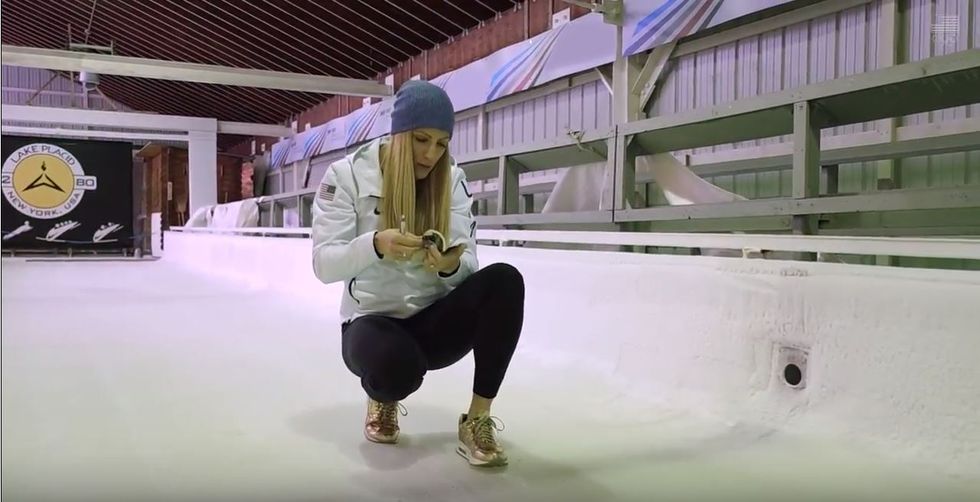 Athletes at the 2018 Winter Olympic Games train more than just muscle to get this far. Some of the most decorated Olympians, and Paralympians, also focus on taking care of their minds and emotional needs in order to stay at the top of their respective games. A new video series called “My Focus,” presented by Milk Life, shows how athletes sharpened their mental skills for their quest to win gold at the Games.

Here are some of their secrets to getting and staying ahead of the competition.

They Know When To Laugh It Off

Olympic gold medalist freestyle skier Maddie Bowman knows that in order to be successful as an athlete, she has to take care of her herself both mentally and physically. Bowman talks about being comfortable in her own skin, and skiing with passion. Having sustained knee injuries and criticism since winning a gold medal in 2014 in Sochi, she says, “you have to find your own way. For me, I had to get comfortable with being vulnerable.”

Bowman also finds wellness benefits in laughter. “I love hearing a joke or telling a joke at the top of a run,” she told Team USA’s Karen Price. “It always happens naturally and gives you a little smile and reminds me that I’m out here just doing this for fun.”

The result of being in good place mentally? She calls it “skiing with flow.”

They Know The Power Of Mental Strength

“You have to learn from everything, but at the end of the day, your mind is your greatest tool,” says Paralympic snowboarder Keith Gabel. He knows his internal strength is just as important as his external ability. He’s been working on meditation and says that mental strength can “separate the men from the boys.”

Olympic bobsled bronze medalist Jamie Greubel Poser agrees. Because she and her teammates don't get much time to train on the ice each day — only about two minutes out of the hours spent on strength and endurance training — she talks about the importance of “taking advantage of every moment.” She says she utilizes visualization techniques, such as “mind runs,” and other mental training tasks during her time off the track to mentally prepare for races.

Two-time Paralympic sled hockey player Rico Roman is an Iraq War veteran, a Purple Heart recipient, and a gold medal recipient. He knows a thing or two about leadership and teamwork. But he also finds that it’s the little things that count outside the rink when it comes to creating the chemistry needed for a team capable of winning gold.

“A lot of us are definitely working hard again in the gym, and on the ice,” he told Team USA’s Doug Williams. “But I think also getting along off the ice, all living under one roof now, eating dinners together, going around the city together. I think building that team bond, that brotherhood, and taking that into the Games will be a huge advantage for us.”