A picture of George H.W. Bush’s service dog has everybody in tears.

The 41st president may has passed away, but Sully’s job is far from finished. 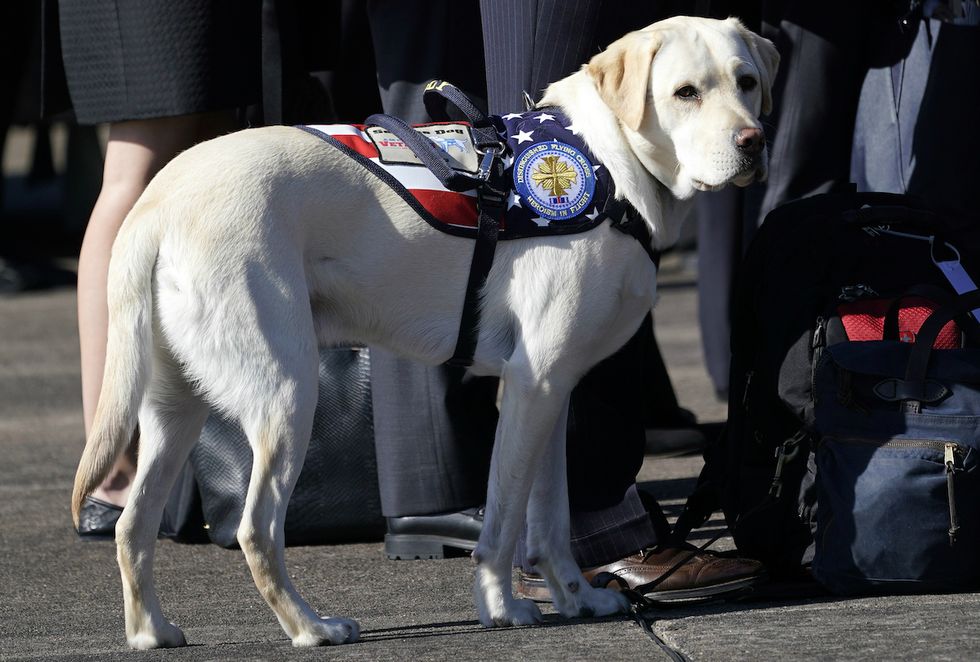 On Monday, December 3, the body of former President George H.W. Bush was taken from a funeral home in Houston, Texas on a final trip to Washington, D.C.

While Bush’s body was in Houston, the golden lab dutifully laid next to the casket, keeping watch over his former owner. The touching moment was captured by, Jim McGrath, the Bush family’s post-White House spokesman.

Alexandra Horowitz, a psychologist who heads the canine cognition lab at Barnard College, says that dogs stay with their masters after they’ve died because they don’t know that death is irreversible.

“We can think about death and our own mortality and know that if we lose somebody, we’re never going to see them again. I’m not sure dogs have that conception. And if they don’t, their grief might be subjectively different than ours,” she told The Washington Post.

“We can think about death and our own mortality and know that if we lose somebody, we’re never going to see them again,” she continued. “I’m not sure dogs have that conception. And if they don’t, their grief might be subjectively different than ours.”

Sully was almost two years old when he was matched with Bush in June of this year. After being diagnosed with Parkinson’s disease, Bush needed a motorized scooter or wheelchair to get around. So Sully’s job was to help Bush open doors, pick up dropped items, and to support him while standing.

The dog was named after famed airline pilot, Chesley B. “Sully” Sullenberger III.

Sully joined the Bush family the same day the 41st president had the 42nd president over as a guest.

A great joy to welcome home the newest member of our family, "Sully," a beautiful -- and beautifully trained -- lab from @AmericasVetDogs. Could not be more grateful, especially for their commitment to our veterans. pic.twitter.com/Fx4ZCZAJT8

Although his master has passed away, Sully’s job far from over. After the holidays, Sully will join the Walter Reed National Military Medical Center’s Facility Dog Program to assist with physical and occupational therapy for wounded soldiers and active duty personnel.

Sully has become quite a hit on Instagram with over 120,000 followers.