We may soon seeimages of a comet’s surface for the first time ever. 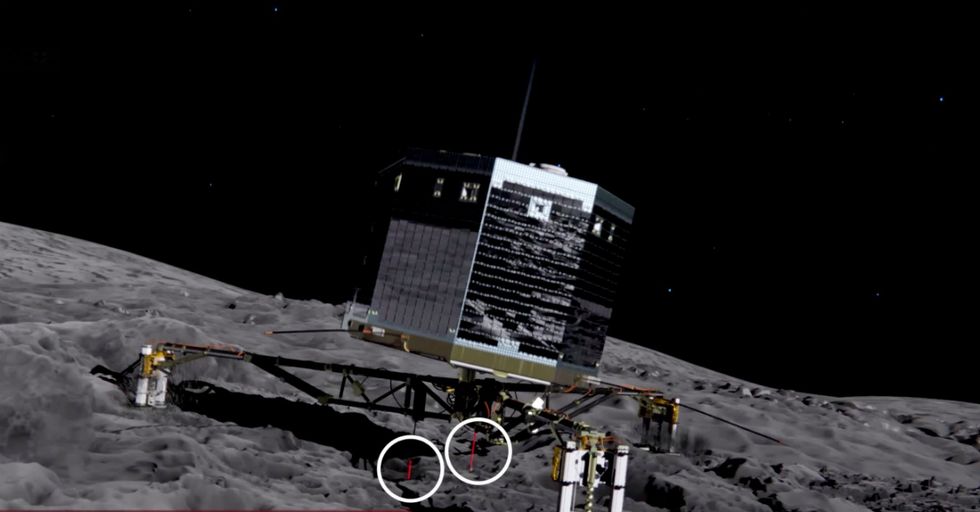 For the first time in history, a human will touch down on the nucleus of a comet. The recently named Philae is an European Space Agency robotic lander that's currently attached to the Rosetta spacecraft, with a scheduled detachment set for November 12th. Seven hours later, the probe will try a soft-landing onto Comet 67P/Churyumov-Gerasimenko, where it will then obtain the first-ever images taken from the surface of a comet. Check out this video to see what the mission should look like.