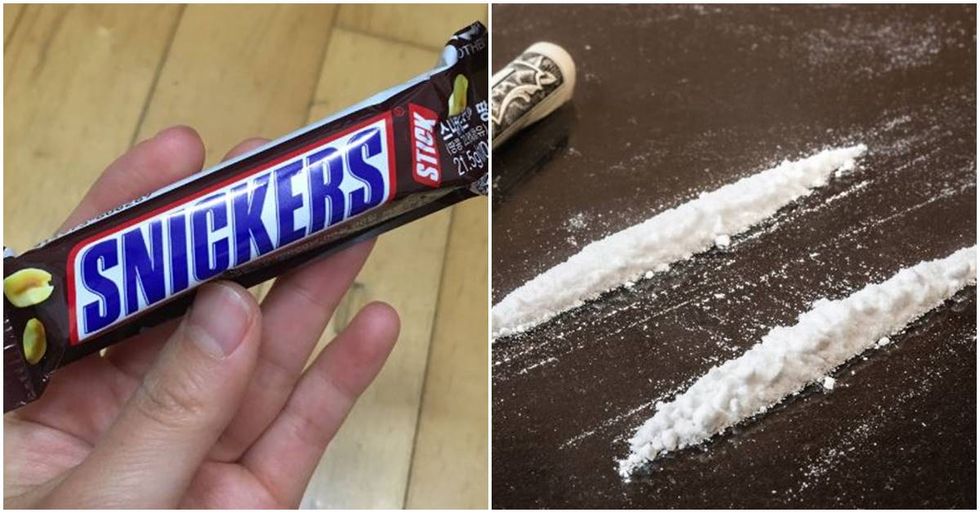 Since the start of the millennium, the widespread use of opioids has created a drug epidemic unseen in American history. Since 1999, drug overdose deaths have quadrupled, killing over 52,000 people in 2015 alone. So in a press conference Thursday, President Trump took a much needed breather from spreading blatant lies about the U.S. crime rate, his margin of victory, and fake news to address a real problem.

“We’ve ordered the Department of Homeland Security and the Department of Justice to coordinate on a plan to destroy criminal cartels coming into the United States with drugs. We’re becoming a drug-infested nation,” he said before delivering a now commonplace Trumpian overstatement: “Drugs are becoming cheaper than candy bars.” This bold and wildly incorrect proclamation caught the attention of many on social media who now believed they were being overcharged by their dealers.

"Drugs are becoming cheaper than candy bars." Remember when Martin Shkreli raised the price of Snickers from 99 cents to $5,000?
— Benjamin Siemon (@Benjamin Siemon)1487269054.0