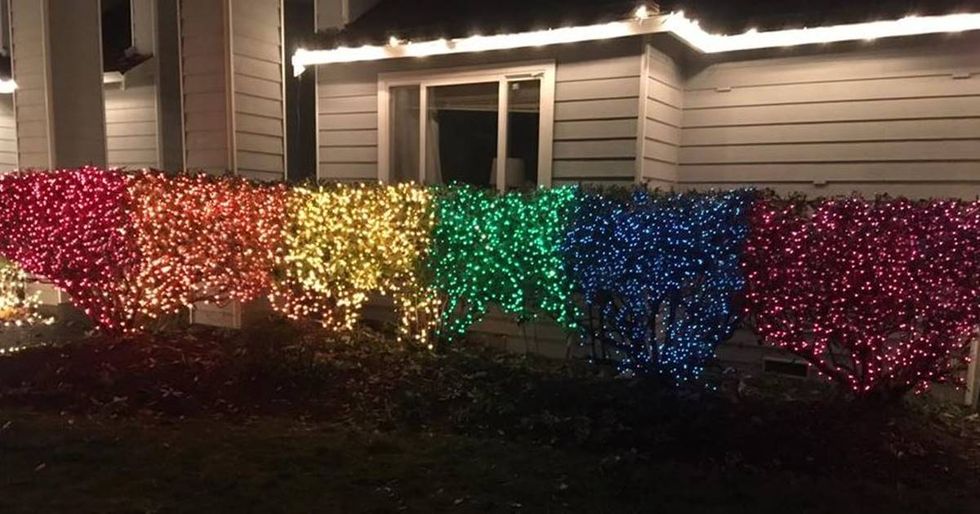 When most people move into a new home they try to put their best foot forward by sending a gift to their new neighbors. Because who wants to spend the next 30 years living uncomfortably next to people on their own block? Unfortunately, for Lexi Magnuson, the new neighbors in her Seattle-area neighborhood greeted her with an anti-gay rant that started their relationship off on the wrong foot.

“Basically she told us she moved here to get her children away from the gays,” Magnusson told Buzzfeed. “She went on to tell us how horrified she was when her son got turned down for prom because the girl was already planning on going with her girlfriend.” Magnusson disagreed with her neighbor’s comments by saying “kids were going to be exposed anywhere she went and that I was glad that kids these days get it and aren’t horrible to each other because of who someone is or how they were born,” Magnusson said. This didn’t sit well with her new neighbor who ignored her whenever they passed each other on the street.

So this Christmas, Magnusson had a fabulous gift for her neighbors. She decorated her front hedge with rainbow-colored lights so it resembled a gay-pride flag. Magnusson posted a photo of it on Facebook where it’s been shared nearly 2500 times. “I wanted it something more to show my solidarity and belief than just the Human Rights Campaign stickers on our cars,” Magnusson told Mashable. “I’ve worked in the background to support LGBT causes and have been very vocal on Facebook—but in real life, it’s still really hard for me. It's probably the wimpy way to go, but it’s not nothing.”