Being a scientist isn’t always such a glamorous job. This new hashtag lets us in on the lighter side of serious research. 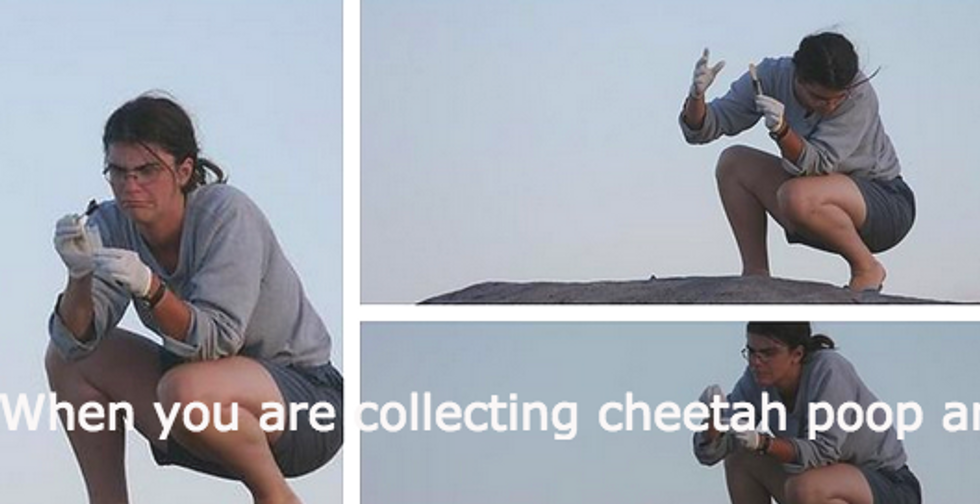 This article originally appeared on 08.06.15

For as much as we lionize science and scientists, we often do so without fully understanding what goes into being a successful researcher. As the beneficiaries of scientific discovery, we're usually only privy to the product, not the process, and accordingly, we're inclined to assume that science and scientists are as bright and shiny as the discoveries produced.

Boy, are we wrong.

Recently across social media, the #FieldWorkFail hashtag has given us a glimpse at the decidedly unglamorous side of science. The micro-stories told within each post are equal parts hilarious and illuminating. Here we see science not as a sterile practice in which every day contains a “Eureka!" moment. Rather, it is full of recognizably human failures and foibles, each committed in the quest for knowledge.

And the scientists themselves? All too human as well.

For as funny as the fails are, they're also surprisingly heartening. By pulling back the curtain and showing the smaller, less headline-grabbing moments of scientific research, they help the unscientifically inclined among us understand just what — and who — goes into making progress happen. Science, like any career field, is full of ups and downs.

Fortunately, there are enough scientists out there able to laugh at themselves and their line of work that we can all enjoy not only the benefits of scientific discovery, but the process it takes to get there as well.