Researchers Just Discovered A New Type Of Flame, And It May Help Save The Environment

This ‘fire tornado’ may help clean up oil spills one day 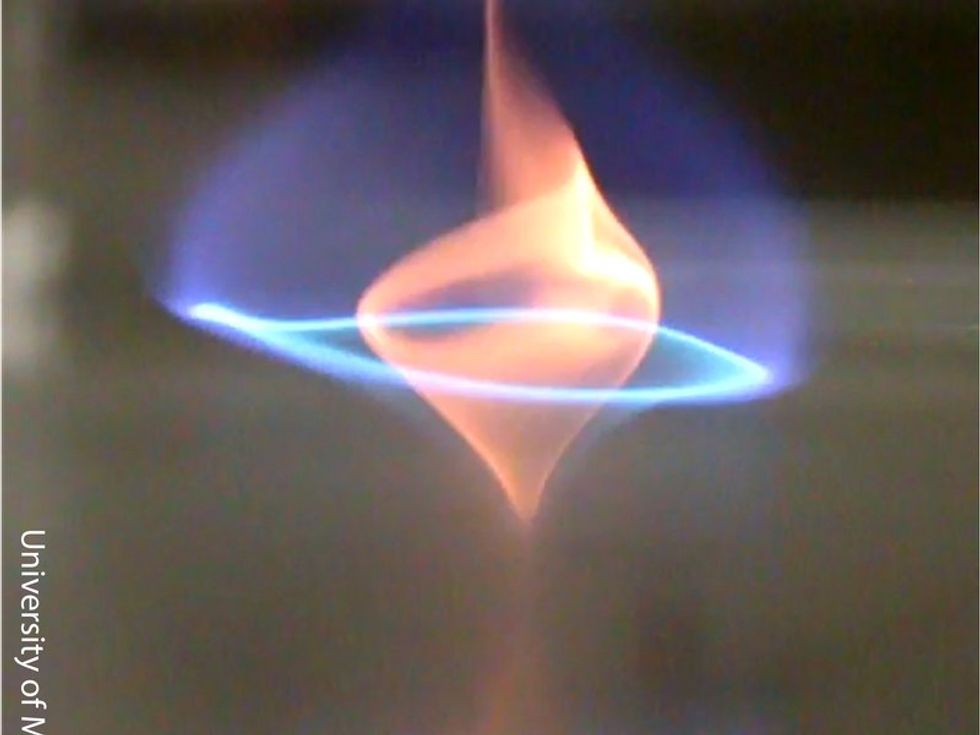 Image via University of Maryland

Scientists at the University of Maryland just unveiled research of a new phenomenon they’re calling “fire tornadoes.” Described in the Proceedings of the National Academy of Sciences, fire tornadoes — aka, blue whirls — are a small, stable flame capable of significant damage, but as researchers have deduced, likely harbor practical application.

Found in wildfires, forest fires and urban fires, standard fire whirls produce soot as a result of lack of oxygen, making them unable to completely consume their fuel and turning yellow in color. In contrast, blue whirls completely combust their fuel with available oxygen, meaning they burn swiftly and cleanly.

Assistant Professor of Fire Protection Engineering at the University of Maryland Michael Gollner co-authored the research, and stated in a press release, “A fire tornado has long been seen as this incredibly scary, destructive thing. But, like electricity, can you harness it for good? If we can understand it, then maybe we can control and use it.”

One potential practical application for blue whirls was discovered during research, according to the Smithsonian, when scientists produced the whirls over a tray of water tainted by heptane gas. Believed to form by mixing evaporated fuel with oxygen, the blue whirl became situated above the liquid’s surface level, eventually sucking up the premixed fuel.

Though researchers have not been able to produce a massive blue whirl capable of evaporating ocean-wide oil spills, the technique may soon be useful in replacing current solutions that leave our atmosphere and ocean life in ruins.