Doubling down on positive masculinity. 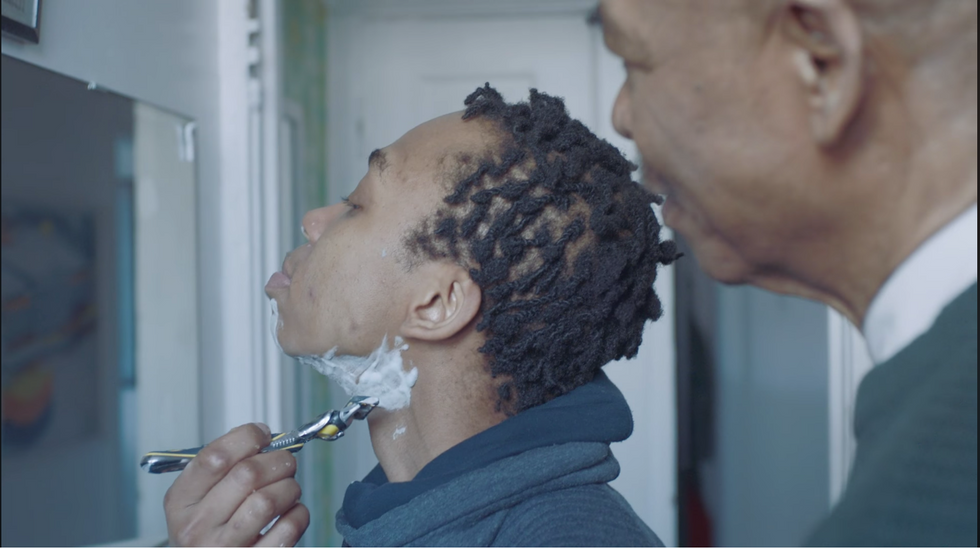 Back in January, Gillette sparked a major discussion in American culture about toxic masculinity with an advertisement that was more of a public service announcement about the need for change in our culture.

Even though that ad drew a fair amount of controversy, Gillette has doubled down with a powerful new advertisement showing a father taking his transgender son through his first shave.

The 60 second ad was first posted to Facebook and has been viewed more than 1 million times and shared more than 9,000 times.

In the video, Samson practices the basic steps to shaving his father has taught him, “South, South, East, West, never in a hurry,” he says, holding the razor over his face.

“Now, don’t be scared,” his father says as Samson begins to run the blade across his neck for the first time. “Shaving is about being confident.”

Everyone’s first shave is a special, life-changing moment and this video is no different. Much like Gillette did with their toxic masculinity ad, it also shows there are unifying and positive ways to address masculinity in our culture. Every man needs a place to safely and confidently be themselves. And when we see fathers stepping up to support their sons like Samson, that is truly the best a man can get.