A comedian continues to remind the world that Hollywood posters keep cutting women's heads off.

This has been going on for decades, but not many people have taken note. 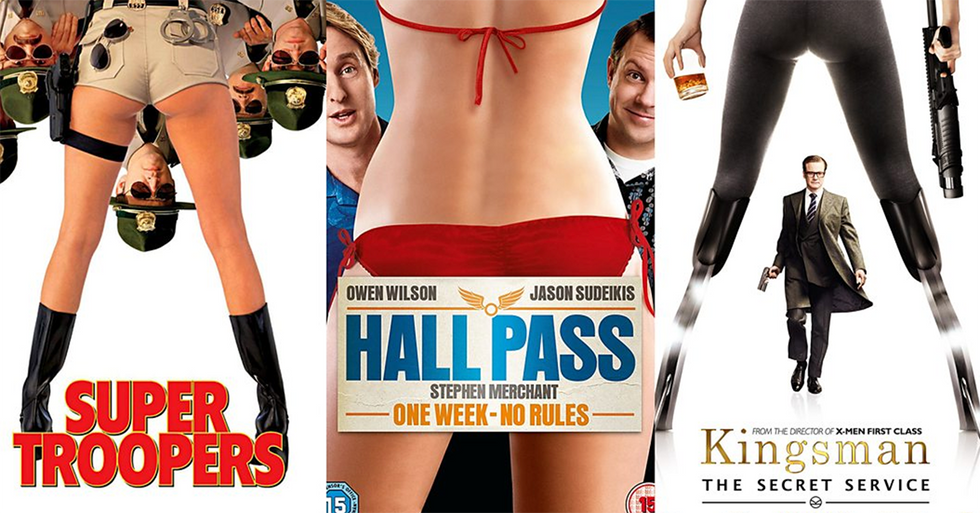 Rampant and egregious sexism in Hollywood films is nothing new, but thanks to the recent efforts of stand-up comedian Marcia Belsky, the public is now hipper to a bizarre manifestation of the objectification of actresses and women in general.

It seems that movie studios have a well-established history of cutting women’s heads off in their film’s posters.

The meaning behind the representation of headless, often near-naked women isn’t hard to grasp, but the practice has nonetheless plodded on for decades without much in the way of objection — or even recognition.

Belsky’s making sure that changes with her hilarious and poignant blog, The Headless Women of Hollywood, which she started in 2016. To broaden her reach, she’s also been sharing a litany of these posters on her Twitter feed.

“The Headless Women project seeks to bring attention to the still standard practice of fragmenting, objectifying and dehumanizing the images of women we see in film, television, and advertisement.

By decapitating the woman, she becomes an unquestionably passive object to the male gaze. The question of her consent is removed completely alongside her head, and her purpose becomes solely that of being looked at by men obediently. Her value is that only of her sexual appeal to men, and not of her personhood.”

Happy anniversary to truly the most impressive example of @HlywoodHeadless I ever found https://t.co/qGDsIR0c8K
— Marcia Belsky (@Marcia Belsky) 1520874124.0

Speaking to Scroll.in, she explains how she opened her eyes to the prevalent phenomenon.

“I had a professor in college, Robert Goldman, point out this advertising trope to me where women’s sexualised bodies and body parts were made interchangeable to one another,” Belsky recalled. “Years passed, and I kept seeing them everywhere. Before it’s pointed out to you, it’s hard to understand just how often this is used as a marketing tactic.”

Predictably — and unfortunately — Belsky’s determination to call out the treatment of women’s bodies as anonymous objects has been met with backlash from those who just don’t seem to get the point of the exercise.

In speaking about when, if ever, she sees this practice and the ideologies it represents falling out of vogue, she’s optimistic but certainly not holding her breath.

“I think the boys’ club of Hollywood, and everyone invested in maintaining it, will not fall easily,” she told Scroll.in. “However, as we have more socially conscious people taking on these roles, my hope is we can draw attention to the male gaze, and begin to evaluate how female sexuality is marketed, and who it is marketed for.”