Jilted Bride Donates Her Wedding Reception to the Homeless

‘[I]t was really a blessing,’ said one attendee. 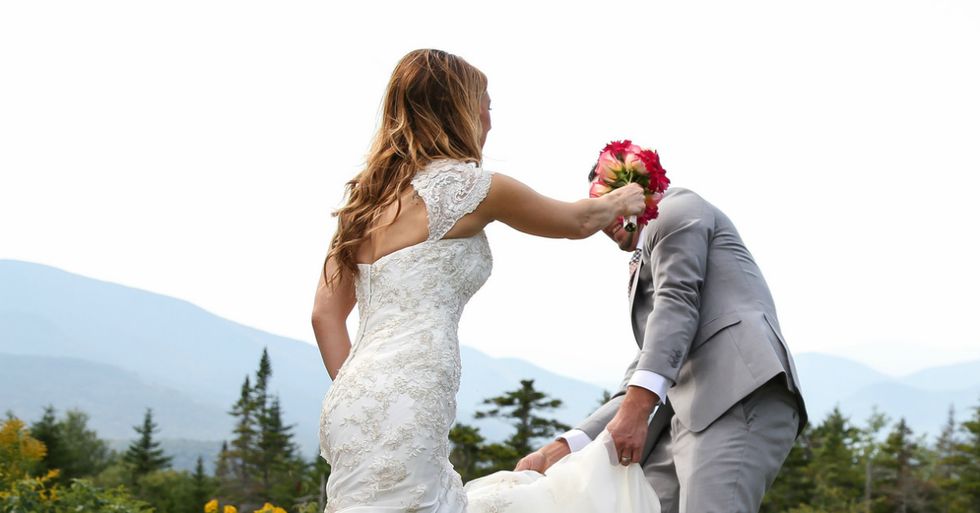 A jilted bride turned a sad situation into a happy one this weekend, after donating her wedding reception to the homeless.

Last weekend was supposed to be one of the happiest of Quinn Duane’s life. The 27-year-old California woman was set to marry her fiancé in a $35,000 ceremony and reception, in front of family and friends. Then, a week before—after nonrefundable deposits for the upscale hotel venue had been paid—the groom-to-be called the whole thing off.

But instead of letting the beautiful reception go to waste, Duane and her family decided to reach out to local homeless shelters in Sacramento.

“When I found out on Monday that the wedding would not be taking place, it just seemed like, of course, this would be something that we would do to give back,” Kari Duane, the bride-to-be’s mother, told the local ABC affiliate.

Rashad Abdullah arrived with his wife and five children. Plates overflowing with food, the family ate like royalty. It was a stark contrast to their usual struggle just to eat three meals a day.

“When you’re going through a hard time and a struggle for you to get out to do something different and with your family, it was really a blessing,” Abdullah said.

His wife, Erika Craycraft, had the Duane family top of mind. Their charity means the world to her, she said.

“To lose out on something so important to yourself and then give it to someone else is really giving, really kind,” Craycraft said.

The station also reports that the wedding included a nonrefundable honeymoon to Belize, which Quinn will be taking with her mother.

"I feel a lot of heartache and heartbreak for [Quinn]," Kari Duane, the mother, told the station. "But I will take away something good from this, I will."