Idiocracy Writer Admits He May Have Predicted the Future

We may get our very own President Camacho. 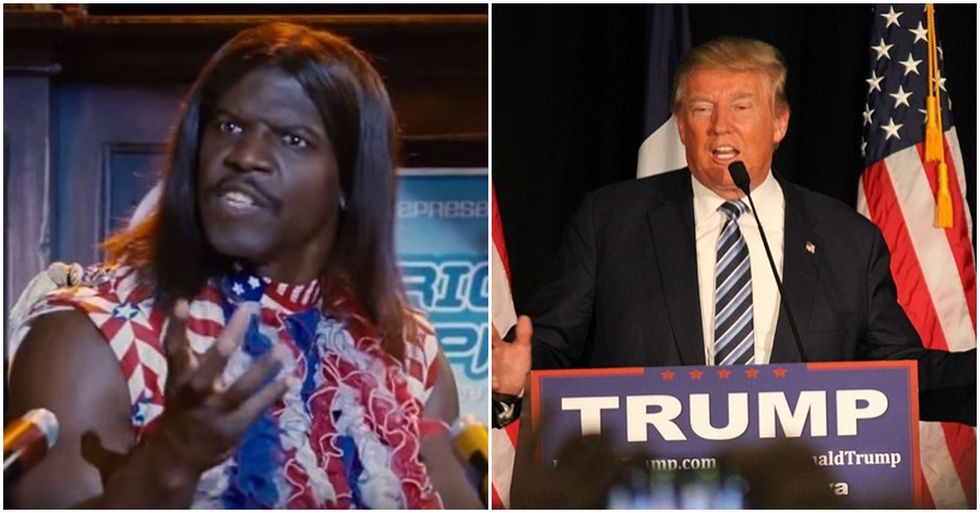 Donald Trump’s presidential campaign has been a lowbrow freak show featuring the bullying of disabled people, blatant lies, racism, jingoism, violence, and misogyny. Trump’s supporters have continuously ranked among the most intolerant and least educated of voters—a point punctuated by Trump’s triumphant assertion, after winning this week’s Nevada caucus, that he loves “the poorly educated.” He may just march his way to the GOP nomination without even bothering to show a substantial grasp of the issues.

Trump’s blatantly anti-intellectual, boorish persona is so over the top, it has drawn multiple comparisons to that of pro-wrestler-turned-president Dwayne Elizondo Mountain Dew Herbert Camacho in Mike Judge’s eerily prescient satire, 2006’s Idiocracy. Even the film’s cowriter, Etan Cohen (Tropic Thunder, Get Hard), has recently admitted to the resemblance.

Idiocracy is about a librarian (Luke Wilson) who wakes up 500 years in the future to find America dominated by trashy culture and run by a violent, blowhard celebrity president (Terry Crews). Early in Trump’s campaign, Flavorwire may have been first to note the similarities between “celebrity” president Camacho and the reality star with its quiz “Who Said It: Presidential Hopeful Donald Trump or ‘Idiocracy’ President Camacho?”

Idiocracy’s writer-director Mike Judge has also heard that he may have been onto something back in ’06. He once told The Verge, “People will email and post stuff on my Twitter that’s like, ‘Hey, you predicted it right!’ So that’s always nice. But it’s not always nice because you want the world to become a better place.” After watching the Trump train roll over America for the past seven months, it’s hard to believe the Republicans were outraged by “celebrity” candidate Barack Obama back in ’08.

For your entertainment, here’s Donald Trump on WrestleMania.