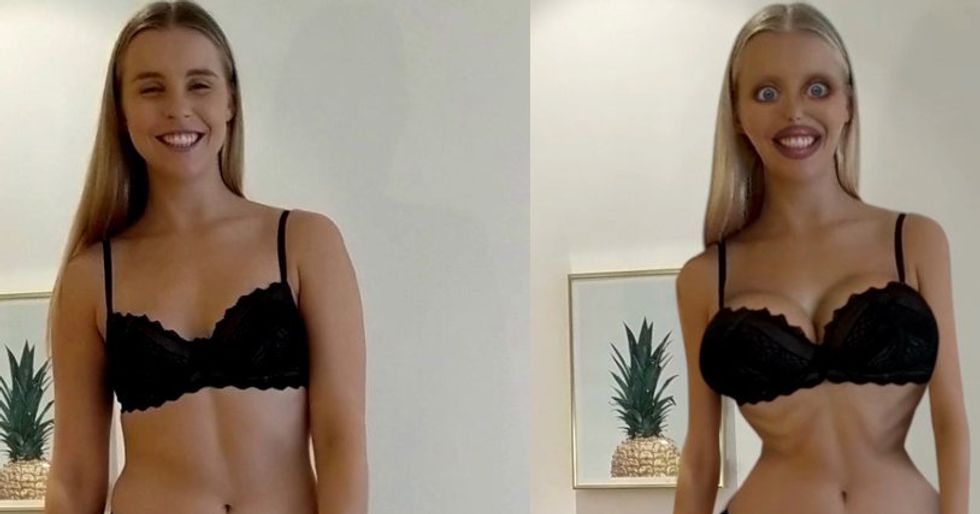 Chessie King is no stranger to harsh criticism about her appearance.

As a fitness blogger and Instagram star promoting body positivity, she often finds herself in the crosshairs of online trolls making abusive comments. King has shared in interviews that accepting her body on her own terms has been a difficult and lengthy process that involved overcoming an eating disorder as a teenager.

Rather than ignoring the trolls, as she has done successfully for years, King incorporated their not-so-helpful “suggestions" into edited images of herself on Instagram.

Working with Cybersmile, an organization seeking to end cyberbullying, she created an Instagram story of altered pics that better resemble the reflection of funhouse mirrors than they do any sort of realistic body type.

The video below reveals just how much criticism she faces in trying to promote body positivity as well as the clever response to the harassment.

King has built up her Instagram fan base by tempering her message with humor, so these instances of “extreme Photoshopping" aren't out of character.

Her videos make a hopeful proclamation: Your best body will never be the one that meets trolls' impossible beauty standards.