A Florida woman turned her abusive husband’s guns into the police. She was thrown into jail for armed burglary

“A scary precedent that if someone seeks help to escape abuse, they will be punished for it.” 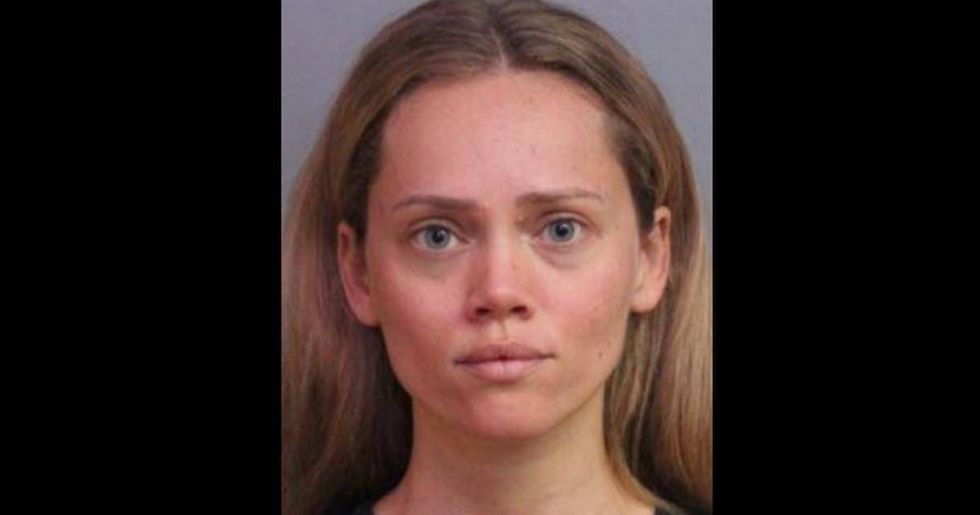 Of these murders, over half were carried out with a gun.

Even if domestic abusers never pull the trigger, they often use guns to threaten their partners.

Courtney Irby of Florida attempted to protect herself from her abusive husband by turning in his guns into the police, but instead, she was charged with burglary.

After a divorce hearing, Courtney and her husband Joseph Irby got into a fight and when Courtney fled the home, he followed her in his car and rammed her off the road. He was arrested by on a domestic battery charge and spent the night in jail.

Courtney told the Lakeland Police “she feared for her life.” The next day, Courtney attempted to turn in Joseph’s assault rifle and handgun to the police, citing an injunction that required him to surrender the weapons.

According to federal law, it’s illegal for people convicted of domestic abuse to own a firearm.

The officer at the station asked Courtney if she had permission to enter his apartment and she replied no. “So you are telling me you committed an armed burglary?” the officer said according to Lakeland Ledger. “Yes, I am,” Irby replied, “but he wasn’t going to turn them (the guns) in so I am doing so.”

For turning in the guns of a domestic abuser, who legally was not allowed to have them, at a moment when she feared for her life, Courtney was jailed for six days on one count of armed burglary.

Courtney is set to appear in court on July 16, but prosecutors haven’t decided whether to prosecute her.

Democratic state Representative Anna V. Eskamani has urged the Polk County State Attorney Brian Haas to drop the charges against Courtney saying it would set, “a scary precedent that if someone seeks help to escape abuse, they will be punished for it.”

A GoFundMe campaign has been established for Courtney Irby to pay for her legal fees and living expenses during this troubling time. It has already raised nearly $10,000, double its initial goal.