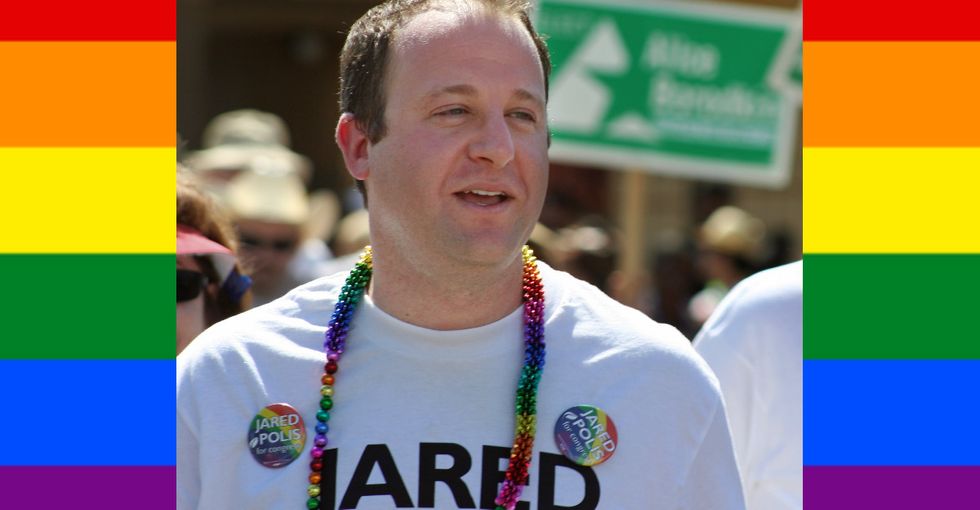 In all of today’s dramatic storylines, a number of historic moments have been achieved. Americans elected Muslim and Native American women to Congress and voters in Colorado have just elected our nation’s first openly gay governor.

Democrat Jarod Polis wasn’t just open about his sexuality, he used it to his advantage of the campaign trail - contrasting his sexual identity with that regressive social views of Vice President Mike Pence, telling voters:

“I think it really gives Colorado an opportunity to stick a thumb in the eye of Mike Pence, whose view of America is not as inclusive as where America is today,” he said.

Interestingly, Polis didn’t face any homophobic attacks from his Republican opponent, which may be nearly as inspirational a moment as his victory itself.

“For nearly a decade in Congress, Jared Polis fought to advance fairness and equality in Colorado and across America," Human Rights Campaign President Chad Griffin said in a statement. "He is a proven leader who will take his commitment to securing full equality to the governor’s mansion and fight to make Colorado a stronger and more inclusive state.”

Once he takes office, Polis has promised to be a leader for everyone in Colorado, directing his attention to several leading campaign issues, including the economy, renewable energy, expanding healthcare access, combating gun violence and improving education.

But on this night, he’ll have to settle for making history.