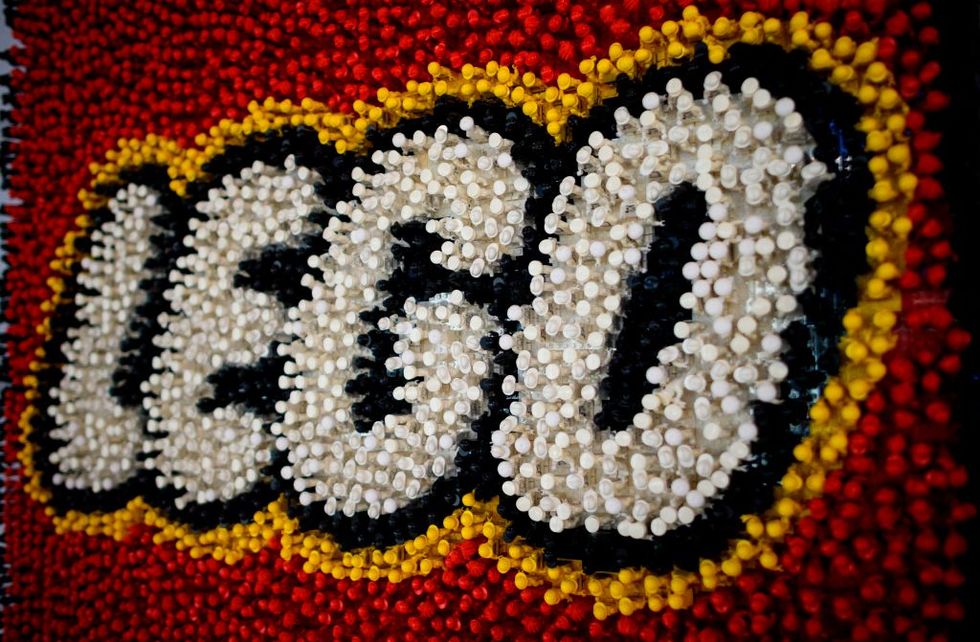 Everyone knows that LEGO is all about building things. It turns out their magic extends brick by brick to positive systemic change.

A few years ago, LEGO's corporate side set an ambitious goal of making its production facilities run entirely on renewable energy with a plan of reaching those goals by 2022. That alone is a monumental effort worthy of praise.

And then they reached the goal three years early. Corporate America, take note. After all, LEGO is no joke. The 86-year-old company is the largest toy manufacturer in America, bringing in an estimated $2 billion in annual sales in the U.S. alone, has 42 offices around the world, and remains a major influence in culture across generations.

“We work to leave a positive impact on the planet and I am truly excited about the inauguration of the Burbo Bank Extension wind farm," Bali Padda, LEGO Group CEO, said in a statement.

LEGO was able to reach its accelerated timeline thanks to the completion of a 258-megawatt offshore wind farm in the Irish Sea.

And as if that isn't cool enough, the giant turbine is made entirely from plastic LEGO pieces — 146,000 plastic bricks, to be exact.

Wind turbines have been on LEGO's mind lately. They even released a fully-functional LEGO wind turbine playset, for anyone who wants to get in on the action.

The Irish Sea is also now home to the world's largest offshore windfarm, making it a true trailblazer in sustainable development. The 659-megawatt farm produces enough energy to power an estimated 590,000 residential homes.

Pressure from consumers had led the drive for change at U.S. and multinational corporations. But shifting toward renewable energy is also good for business, helping to protest investors and consumers from often unstable price shifts in traditional energy sectors that rely on fluctuations in cost, production, and reliability.

“We see children as our role models and as we take action in reducing our environmental impact as a company, we will also continue to work to inspire children around the world by engaging them in environmental and social issues," LEGO's CEO Padda said.