This hotel door being opened with a piece of paper is a powerful reminder to use the bolt lock. 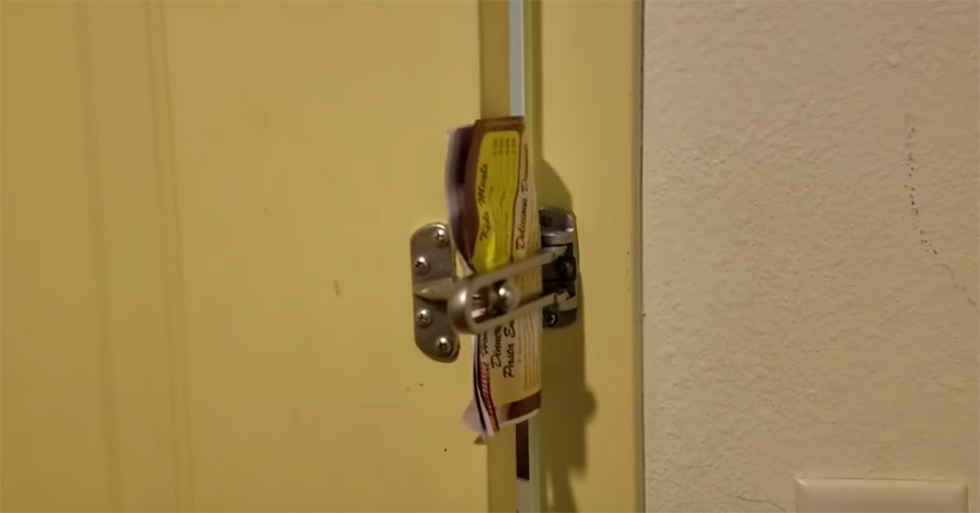 While some hotels may offer much in the way of general security — a doorperson, keycard access for elevators, guards — a recent video shows that hotel guest room doors can fall woefully short in actually keeping intruders at bay. The MM Developer YouTube channel seems hellbent on ensuring you realize that nearly any lock can be defeated with whatever impromptu tool a motivated party has on hand.

Using only the paper pizza menus slid under the hotel room doors, the lock controlled by the door handle is almost instantly neutralized and so is the swinging-arm device that (ostensibly) offers more safety for those in the room should an intruder attempt access.

Though the hotel’s name isn’t disclosed, in the info section for the video, the location is listed as “This was at a hotel in Tampa Florida near the stadium.”

The ease with which most any intruder could breach not one but two door locks is certainly discouraging, but the quick video also serves as a reminder that there’s no such thing as overkill when it comes to locking your doors, wherever you may be. To that end, hotel room doors often have a third lock, manually activated from the inside.

If this video doesn’t get you to start using that one as well, nothing will.