Photos show this man mowing his ex-wife’s bush. His explanation is going viral.

Who says they have to be enemies? 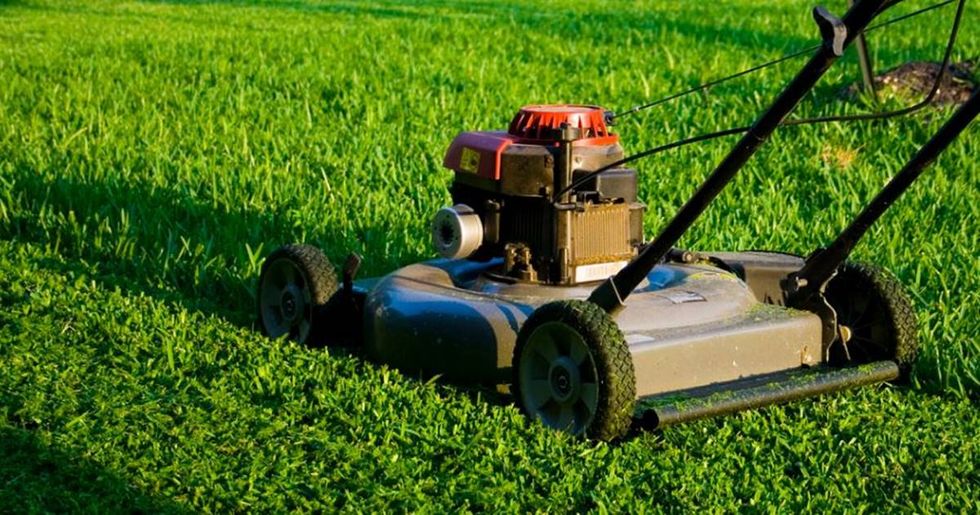 According to the Holmes and Rahe stress scale, divorce is the second most stressful life event right after the death of a loved one.

The end of a marriage typically unleashes a flood of emotions including anger, grief, anxiety, and fear. However, former spouses can mitigate some of the stress caused by divorce through cooperation and communication.

A healthy relationship between former spouses also goes a long way towards helping their children after a painful family separation.

A fantastic example of this type of cooperation is the parents of Codie LaChelle McPhate, 32, of Texas. McPhate recently submitted a blog post to Love What Matters sharing how her father takes the time to help out his ex-wife even though they divorced 28 years ago.

After all this time, McPhate’s father recently mowed his former spouse’s bush, because she has a bad back and her current husband was out of town. But he didn’t do it to get a pat on the back. “I’m no saint,” McPhate’s father told her.

When McPhate’s younger sibling asked, “Why is your dad mowing mom’s bush?” McPhate responded, “Because, she needed help, and he knew she couldn’t get out here to do it, so he did.”

“My dad said he didn’t do this for the recognition,” McPhate wrote in the article. “He said my mom and he decided when they were going through their divorce they would both choose to be adults and treat each other with respect and compassion.”

“No matter how their marriage ended, they both loved each other very much at one point, and that, that love – counts for something,” he continued. “That if they were going to raise their children to be good, kind people, they needed to be good kind people.”

McPhate’s story is similar to one GOOD shared about Billy Flynn in October 2018. The divorced father of two boys went out of his way to celebrate his ex-wife’s birthday and had no problem posting about it on Facebook. The post went viral with over 180,000 likes.

Flynn’s reasoning is simple: “I’m raising two little men,” Flynn wrote. “The example I set for how I treat their mom is going to significantly shape how they see and treat women and affect their perception of relationships.”