The volunteers of “Mothers Against Senseless Killings” keep their neighborhoods safe when no one else can. 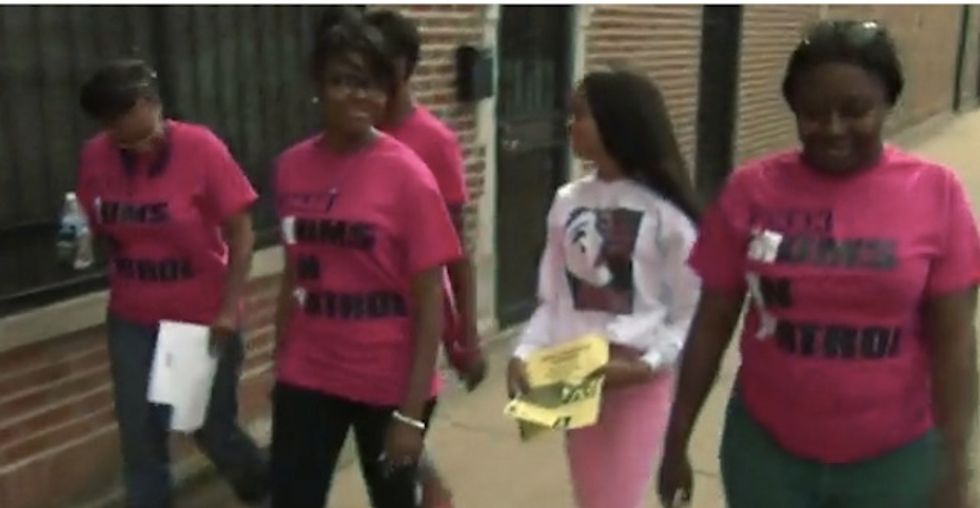 In 2014, there were 390 murders in notoriously violent Chicago, and over 2,500 shootings. A little over half of these victims were between the ages of 10 and 25, and the majority were male. With school out for summer—when a disproportionate number of crimes occur—a group of local mothers got together, mapped out schedules, and started patrolling their neighborhood streets. They’re members of an organization known as The Mothers Against Senseless Killings, and in the five weeks since they’ve started, the area they’ve patrolled has seen absolutely zero shootings.

According to DNAInfo, the mothers involved in the organization are strictly volunteers. While they accept donations, and are actively seeking new volunteers, their goal isn’t to turn a profit, but simply protect their children: “Mothers Against Senseless Killings is not an organization born of vanity but of absolute necessity,” reads their website. “It is possibly a new solution to an old question. How do we save our sons?”

The moms involved in M.A.S.K. patrol the streets in four hour shifts, sometimes cooking burgers for their Englewood residents, hoping to bring members of the community together. Though they’re just patrolling parts of a neighborhood now, their hope is to extend their version of community policing into other parts of Chicago. In a city (and a nation) where the relationship between police and local residents has become increasingly fractured, women like the women in M.A.S.K. are filling in much-needed gaps—for absolutely no pay.

With zero murders in the past five weeks (in their targeted area), M.A.S.K.’s work has already clearly paid off. And while they’re anxious for more volunteers, women like the organization’s founder, Tamar Manasseh, believe that their organization can do even more: “It’s like Englewood is the land that time forgot ... It’s the land that has been forgotten, but I have hope, I see hope here.”