The first all-female spacewalk is happening, because even space has a gender gap that needs to be closed.

Possibly one of the best real-life instances of women supporting other women. 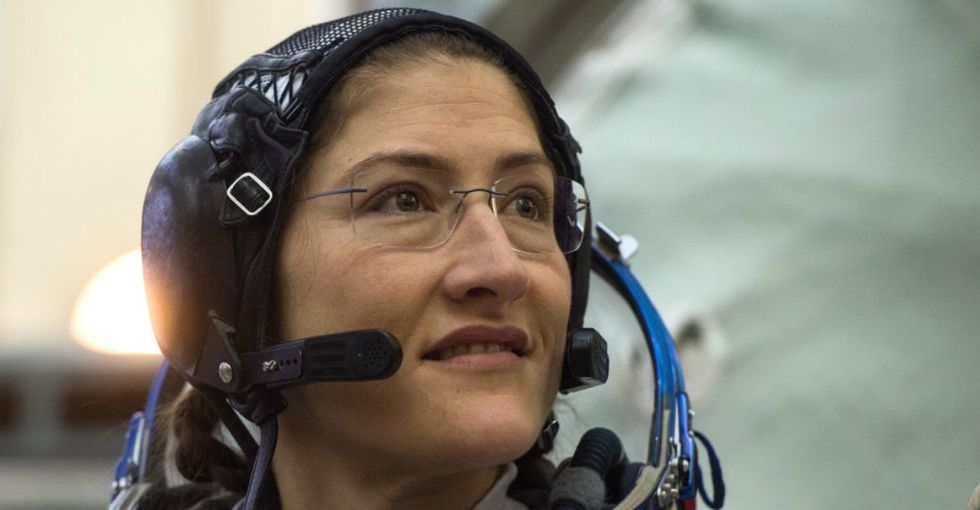 Even space has a gender gap. Nearly 500 people have been to space, only 11% of which are women. Only 34% of NASA’s astronauts are women, and Sally Ride became the first American woman in space in 1983, over a decade after we put a man on the moon. But women are finally pulling ahead in the space race. The first all-female spacewalk will be held outside the International Space Station on March 29th.

NASA astronauts Anne McClain and Christina Koch will perform the historic spacewalk. Ground support will be provided by Kristen Faccio from the Canadian Space Agency, possibly one of the best real-life instances of women supporting other women. This will be the first spacewalk for both McClain and Koch, and they will replace batteries installed last summer. The spacewalk is expected to last seven hours.

Faccio Tweeted she’s over the moon about being part of the historic spacewalk. "I just found out that I'll be on console providing support for the FIRST ALL FEMALE SPACEWALK with @AstroAnnimal and @Astro_Christina and I can not contain my excitement!!!! #WomenInSTEM #WomenInEngineering #WomenInSpace,” wrote Faccio.

I just found out that I’ll be on console providing support for the FIRST ALL FEMALE SPACEWALK with @AstroAnnimal an… https://t.co/T1dNt2PPW7
— Kristen Facciol (@Kristen Facciol) 1551471218.0

Perhaps the most significant detail of the first all-female spacewalk is that it was unintentional, indicating there is a larger pool of female astronauts to choose from. McClain and Koch both come from the 2013 astronaut class. The class made history as containing the highest percentage of female trainees out of any other class prior. Four out of the eight astronauts chosen were women. Like the first all-female spacewalk, the 2013 astronaut class made history accidentally. “We never determine how many people of each gender we're going to take, but these were the most qualified people of the ones that we interviewed," said Janet Kavandi, NASA's director of flight crew operations at Johnson Space Center in Houston. "They earned every bit the right to be there."

"It was not orchestrated to be this way; these spacewalks were originally scheduled to take place in the fall. In addition to the two female spacewalkers, the Lead Flight Director is Mary Lawrence, and Jackie Kagey (also a woman), is the lead EVA (spacewalk) flight controller." NASA spokeswoman Stephanie Schierholz told CNN.

It’s about time we’ve had an all-female spacewalk. Up until now, all spacewalks have been either teams consisting exclusively of men or teams consisting of both men and women. The first spacewalk was conducted by Alexei Leonov in 1965. It took 20 years for a woman to participate in a spacewalk, when cosmonaut Svetlana Savitskaya did so in 1984.

Now, young girls who dream of becoming astronauts will have more role models to look up to (both literally and figuratively). Today, an all-female spacewalk is historic, but tomorrow it could just be the norm.