You Can Now Own A Piece Of Aerospace History 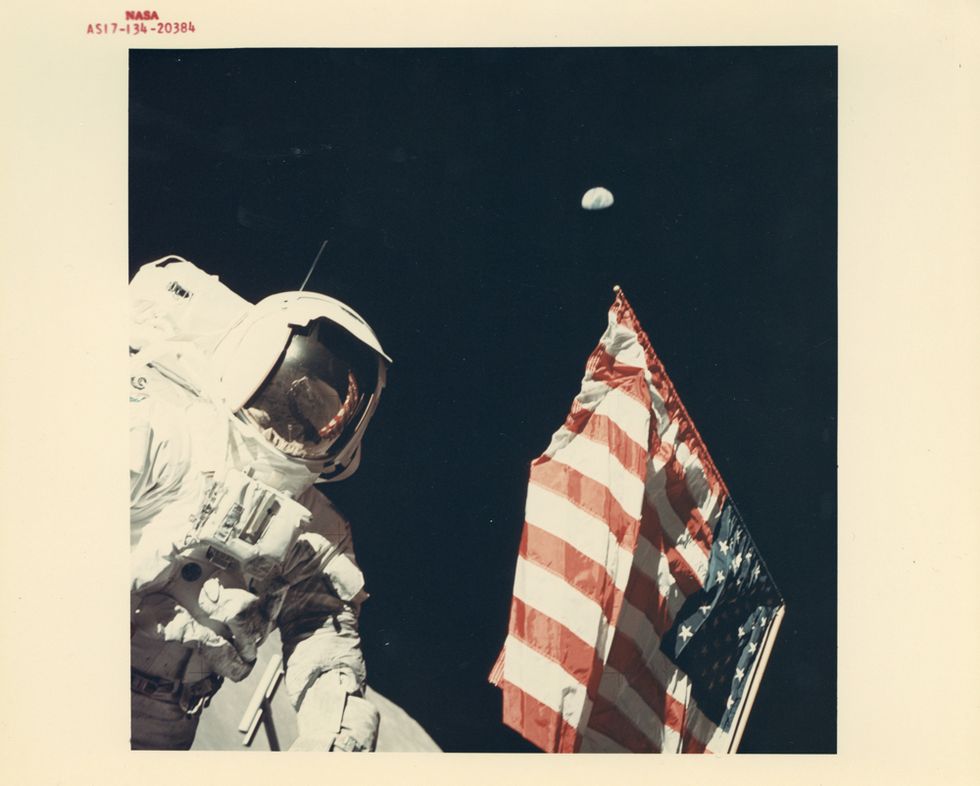 Half a century before the invention of Facebook or Twitter, astronaut Buzz Aldrin captured the world’s attention with his epic selfies. First self portrait in space, Gemini 12, November 1966, shot during Aldrin’s first mission to the moon, is just one of many fascinating images to go on auction Februrary 26th as part of From the Earth to the Moon: Vintage NASA Photographs of the First Voyages Beyond Our Home Planet at Bloomsbury, London . A grand fire sale of NASA footage, this will be one of the all-time largest offerings of vintage and never-before-seen space photography, a portion of which is currently on temporary display at Mallett Antiques (22-25). The collection features images previously released publicly in small batches, generally after each mission, which for decades were only accessible to researchers at designated centers.

This groundbreaking series, almost 700 photographs in total, was captured on Hasselblad, often by the most important astronauts of the era, and spans the golden age of space exploration from 1945 to 1972. The vast archive, valued at close to $1 million, features rare moonscapes, panoramas, rocket launches, spacewalks, and candid, entertaining moments between crew members. One of the most visually striking images of the show will be the only existing, in-focus shot of Neil Armstrong on the moon—thought to be lost for two decades. This impressive collection also includes 30 vintage 8×10 chromogenic prints from astronaut Ed White’s personal collection of photographs documenting the Gemini 4 mission (and the first spacewalk by an American), and an image of a space sunrise that was once featured on the cover of Life in 1966. The auction also provides interesting fodder for photography enthusiasts: because astronauts were forced to wear helmets, cameras were mounted on the front of their spacesuits. Without a viewfinder, crews had to learn, according to the catalog, to “point, shoot, turn slightly, point, and shoot again until a panorama of overlapping photographs was generated.” In short, there will be plenty here to help rekindle your childhood fascination in space travel.

Schmitt used Cernan’s Hasselblad to take his portrait at the start of their last moonwalk. Earth can be seen over the South Massif reflected in Cernan’s visor.

Harrison Schmitt with the Earth above the US flag, EVA 1,  Apollo 17, December 1972

Panorama of highlands between Central Bay and the Sea of Tranquillity, Apollo 10, May 1969 (exclusive to GOOD)

Telephoto panorama of the floor and western rim of Mendeleev Basin