New York Firefighters to LGBT Teens: ‘It Gets Better’ 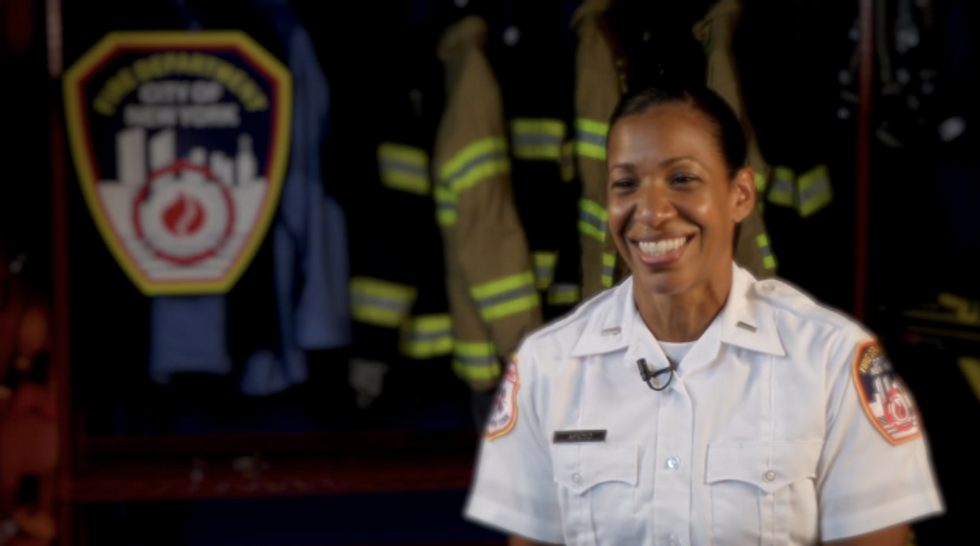 Sunday, October 11 was National Coming Out Day, but the celebration isn’t over yet—many cities, schools and college campuses are still observing National Coming Out Week. In honor of this annual celebration of coming out as lesbian, gay, bisexual, transgender, queer (LGBTQ), or as an ally, the New York City Fire Department has a message for teens struggling with communities that don’t understand them: “It Gets Better.”

“As firefighters, paramedics and EMTs in the most diverse city in the world, FDNY members have the tremendous opportunity to inspire young people through their brave work every single day," Commissioner Dan Nigro said in a statement. “Through this video, they deliver an important message to lesbian, gay, bisexual, transgender, queer and questioning youth around the world.”

The video features 12 FDNY members, including firefighter Brooke Guinan, the department’s only transgender member. Guinan, who also directed the video, says she hopes the the fire department’s message will inspire struggling youth to “hang on for another day,” as she told the New York Daily News.

The Centers for Disease Control reports that LGBT teenagers in grades 7 through 12 are twice as likely to have attempted suicide as their heterosexual peers. Though more studies on transgender youth is needed, a 2007 study of 55 transgender teens found that one in four (25 percent) had attempted suicide.

“If I could give a message to myself when I was a teen, I would tell myself not to give up on being who you are,” says Reverend Ann Kansfield, who became the fire department’s first female and first openly lesbian chaplain in March 2015. “So please hold on for one more day, because I promise, it gets better.”

The It Gets Better Project was founded in 2010. The nonprofit organization uses various forms of media to engage and support LGBT youth.