Three years ago, a teenager with cerebral palsy wrote a letter to Nike. Now he’s got his wish. 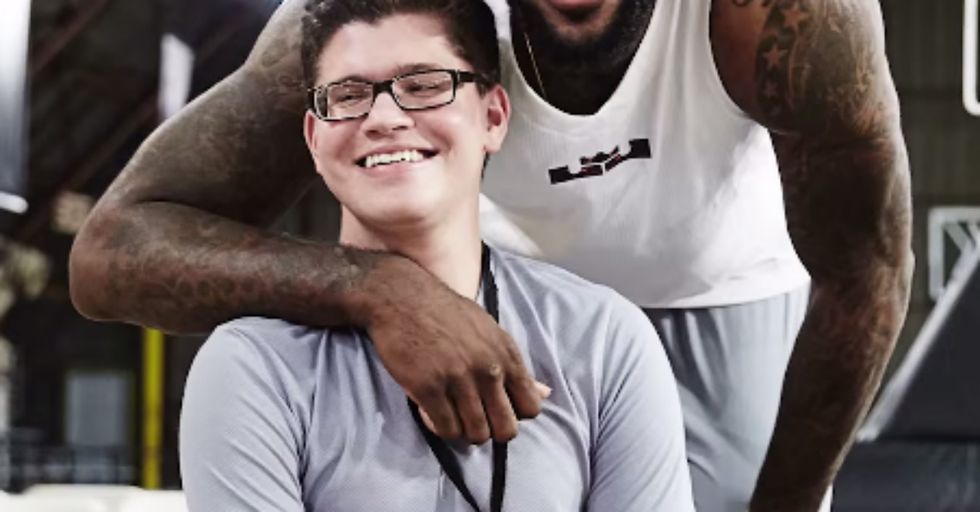 Choosing the right sneaker can be difficult for anyone. Foot Locker has been witness to many a crying adult, whining about foot pads and half-sizes. But it’s especially challenging for many people with disabilities, which is why college sophomore Matthew Walzer decided he would reach out to Nike and encourage them to design a specially crafted shoe. Nearly three years after Walzer first contacted the company, Nike finally launched a sneaker for people with disabilities like Walzer. It’s functional, it’s popular, and yeah—it looks good.

Known as the Zoom 8 Soldier Flyease, the product is built to make it easier for people to slip in and out of their sneakers. Walzer, who has Cerebral Palsy, used to struggle with tying and untying his shoes. While his parents often helped him, Walzer wanted to be able to move about independently. In a video about the product, Walzer reveals, “Up until working with Nike, when I needed a new pair of shoes, we [Walzer’s parents and him] had to go the mall … Before even seeing if they were comfortable, it had to be easy for my parents to get my foot into the shoe.” And now? He’s on his own. And he’s happy about it.

Flyease hits stores July 16th and is expected to retail for a not-too-terrible $89.98.