Students and teachers say the Taliban hasn’t scared them into submission. 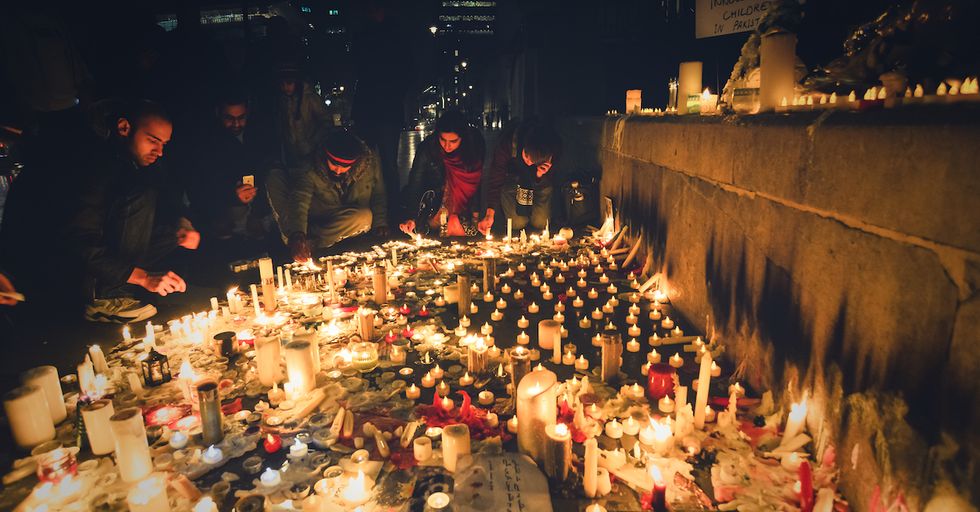 A candlelight vigil for the Peshawar students in London. Image via Wikimedia Commons.

The first day back at school for students at a Peshawar school was teeming with grief as they remembered the 145 people who were killed by the Taliban at the school in mid-December. A memorial service was held on Monday to honor the dead, attended by government officials, and students are expected to begin classes again later this week. Security was tight at the Peshawar Army Public School as parents and children and parents filed in hand-in-hand. According to Al Jazeera, brand-new razor wire is now twister around the school’s walls.

The Taliban targeted the Army school in retaliation to the Pakistani military’s operation against them last summer in North Waziristan. There are some who have even speculated the attack was a response to Nobel Peace Prize Winner Malala Yousefzai’s campaign for education in Pakistan and a vicious message to her supporters. It is a grim beginning to a new year, but students at the school returned with a sense of defiance, replicating Yousefzai’s courage. Hassan Syed, a 10-year old student who survived the massacre, told Al Jazeera he was determined to attend despite the risk of a future attack.

"I will not be afraid of going back - I will go back to the school," Syed told Al Jazeera. "This determination is because my cousin [Asad Aziz] was martyred. If I go to school, it is like I am challenging the terrorists."

Teachers, too, returned with the intention to undermine the Taliban’s efforts to shut down the school. Andleeb Aftab, a teacher

“I have come here because the other kids are also my kids,” she told The Associated Press. “I will complete the dreams of my son, the dreams I had about my son, by teaching other students. I have chosen to get back to school instead of sitting at home and keep mourning.”