Democratic star Stacy Abrams was recently $200,000 in debt and wants to end the stigma others face over financial insecurity.

“Being poor, being in debt, having fewer resources than others does not make you less.” 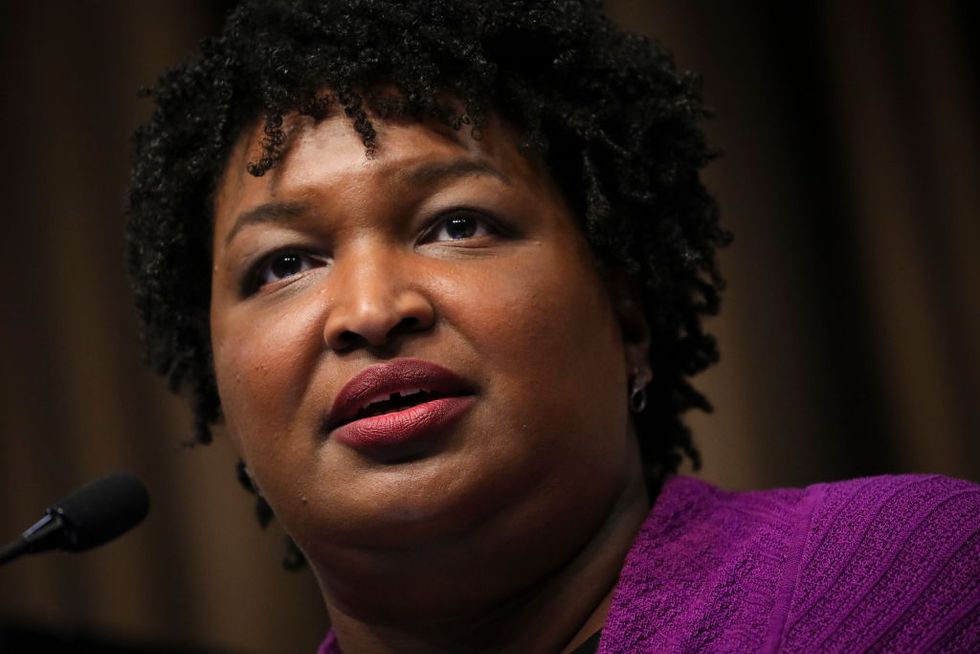 More than three-quarters of Americans are living in debt. Americans have a whopping $1 trillion in credit card debt and $1.22 trillion in auto loans. Not to mention student loans – which is the second-largest household debt in America. The high price of higher education pretty much means that if someone has ambition, they’re going to incur debt.

But former Georgia gubernatorial candidate Stacy Abrams doesn’t think that debt should hold a person back from realizing their dreams. Speaking at Tina Brown’s 10th Annual Women in the World Summit in Manhattan, Abrams told the audience that debt is nothing to be ashamed of. “It should not be a disqualifier for ambition. Being poor, being in debt, having fewer resources than others does not make you less,” Abrams said.

Abrams believes the fact that so many Americans are debt has more to do with how we deal with money as a nation. “I fundamentally believe that debt is not a shame. It’s not a stigma,” Abrams told the crowd. “It’s a reality for more than three-quarters of America. Because we have a system that says that you still have to do stuff even if you can’t afford it. They don’t ask you if you’re poor before you get cancer. You can defer tax payments, but you cannot defer cancer treatments.”

Debt doesn’t mean you’re a bad person, as long as you’re taking care of it responsibly. “The part that we need to recognize is that being in debt is not a shame,” Abrams said during her speech. “What we should be worried about is whether we are going to take the steps necessary to help ourselves and to improve how we deal with money.”

Abrams has been open about her own debt, something she hasn’t let slow her down. Abrams was $200,000 in debt when she won the Democratic primary for governor of Georgia. Her debt was a combination of student loans, credit card debt, and back taxes. Abrams wrote openly about her financial situation in an essay for Fortune, where she advised others to, “dedicate yourself to building your financial knowledge. The more you know, the more confidence you’ll have to make smart money decisions.”

It’s rare to hear a politician get so real about money mistakes, and honestly, it’s both refreshing and relatable. If you’re working diligently to erase your debt, you should be able to erase the stigma of it, too.