How laws are changing for America's home-baking entrepreneurs 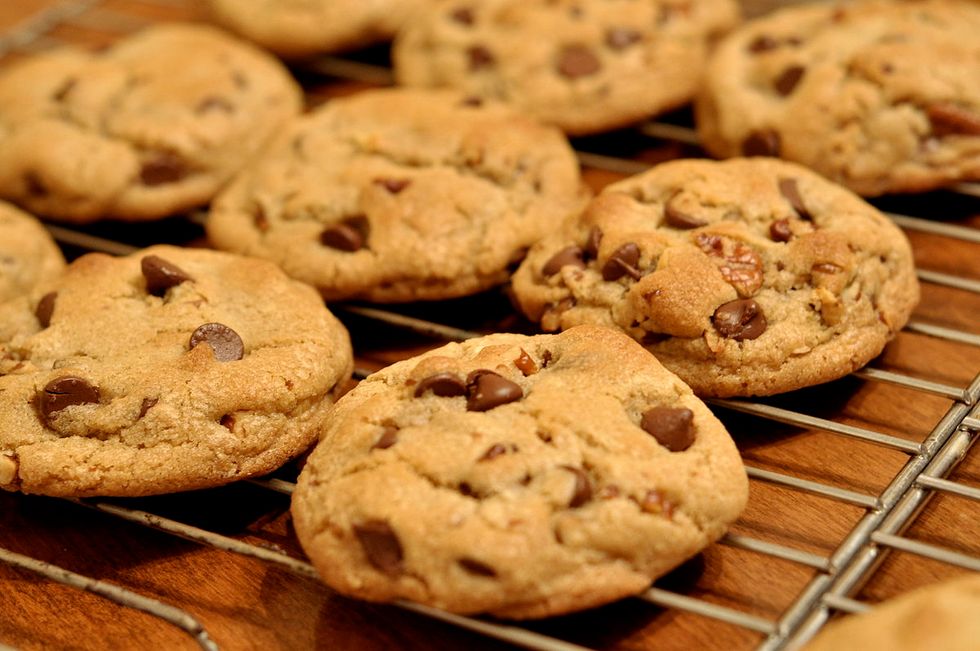 This month three Wisconsin women took to the Lafayette County Circuit Court, challenging a state law that forbids them from selling homemade baked goods. The statute, which carries a penalty of up to six months in jail or $1,000 in fines, maintains that all cakes, cookies, and the like prepared for commercial sale must be made in a licensed, inspected, and fully outfitted commercial kitchen. Yet, the women point out, local statues do allow for the public sale of homemade jams, jellies, pickles, and salsas by unlicensed small business owners and hobbyists, so long as those sales don’t exceed $5,000 per year. And as one of the women, Lisa Kivirist, owner of Inn Serendipity Bed & Breakfast in Green County, points out, it’s legal for her to serve her homemade goods to her guests—just not to sell them as discrete items.

These legal irregularities, the trio of enterprising bakers argues, is protectionism, insulating established bakeries from competition and stemming the foundation or growth of small businesses. That may seem like a big accusation against an utterly provincial irregularity—a bureaucratic snafu with little influence on larger markets. But the women’s claims have gained traction and some national attention because they’re part of an important—and potentially economically powerful—rising trend in American laws and foodways.

Some may want to dismiss cases like this one in Wisconsin, thinking that there are good food safety reasons for allowing some homemade products on the market but not others. Even limiting baked goods to an inn setting could conceivably have some food safety logic. These critics can point to the fact that previous efforts to overturn the Wisconsin law have failed as proof that there’s some merit to it. But in truth, food safety experts, economists, and the grain of history are all on these women’s side (as well as the libertarian-leaning Institute of Justice, which is helping them with their suit). Over the past decade or so, the United States has increasingly realized that many of our regulations on home food production are deeply flawed. Steps have been taken elsewhere in the nation to liberalize the field, opening up a wealth of economic and popular food knowledge and engagement potential. These trends make it likely that the Wisconsin trio will win the right to sell their pastries. But such victories are often qualified and irregular—a new issue that needs to be addressed so entrepreneurs can get the most out of the nation’s growing homemade food market.

It’s worth acknowledging that existing regulations on homemade goods started with good intentions. As with most of America’s 1,000-plus licensed professions, lawmakers watching the industrialization of consumer goods and services wanted to make sure that there were robust safety standards. In terms of food, they feared that producers might allow hazardous contaminants to get into poorly made goods, or that industrial producers would leave items out to spoil, subjecting unwitting consumers to food-borne illness. But that’s why food regulations usually apply only to value-added goods; i.e., selling your unadulterated homegrown produce isn’t an issue, but as soon as you cook, bake, pickle, or otherwise alter it out of sight of the consumer, legitimate hygiene and integrity concerns arise. Although there have been some exemptions for community events like bake sales, the general rules enshrined in federal food legislation used as a model for most states took the prima facie reasonable view that all foods prepared for sale to the public must come from equally safe conditions.

Yet these guidelines were far too one-size-fits-all for the realities of food production. Aside from things like meat and dairy, most foods aren’t all that prone to spoilage by pathogen contamination, and short of egregious health violations should be safe to produce in any decent kitchen. Regulations also neglected to consider how high the barriers they posed could be for hobbyists, small producers, or young businesses. Commercial kitchens can cost tens of thousands of dollars to outfit and certify, not to mention the burdens of inspections. And simply renting space in most of them (an option that’s rare in some areas) can run you $1,000 a month easily. None of that explicitly adds up to protectionism, as the women in Wisconsin allege—just shortsightedness. But it can be turned to abusive ends; licensing in the United States, as Planet Money elegantly exposed in 2012, is often manipulated by established companies or experts as a weapon to keep newcomers out of the market. These companies push for the expansion of licensing and penalties to include hurdles that they can navigate but smaller outfits cannot.

Fortunately, in recent years, as interest in home production has grown amongst consumers and producers (as evidenced by the spike in farmers markets since about 2000—from 2011 to 2012 alone, the number of such U.S. venues grew by 9.6 percent), lawmakers and economic think tanks have started to rethink the status quo. Acknowledging that some risk is inherent in all food production, but that the levels in home production are, under the right circumstances, suitably low, and using the prerogative of states to set their own food laws independently of federal regulation, officials have been moving away from these old regulations for more than a decade. The evolution of pro-homemade legislation and regulation is in constant, rapid flux. But as of today, almost every state makes some sort of accommodation for at least one type of “cottage food” industry. In fact, as the Wisconsin women’s advocates have pointed out, the only other state with similar restrictions on baked goods is New Jersey.

These new cottage food norms are hardly regular from state to state. Some restrict homemade production to the use of homegrown goods. Some take a harsher line on which types of food can be produced at home. But, at least when researchers at Harvard looked at the holistic legal framework in 2013, there were a few commonalities across state regimens: Most states require that homemade goods be produced in the maker’s kitchen, not a third party’s kitchen. They also require some kind of food handler’s licensing, kitchen inspection, or other assurance that an individual knows how to avoid external contaminations. Almost every state requires all ingredients on a homemade product to be labeled and that such goods only be sold directly to consumers, not via retail outlets or within restaurant spreads. And at least half of all states put caps on how much a producer can earn from their efforts in a year, ostensibly to make sure that people don’t try to turn what the state sees as a hobby or means of supplemental income into a larger, under-the-radar industry. (If the Wisconsin legislature passes a bill in favor of the trio of bakers, it will limit earnings from the sale of their goods to $7,500 per year, which is a fairly average cap.)

But these new regulatory norms still (mostly) fail to unlock the full potential of the homemade food movement. Especially for people who deal in luxury goods, even higher-end income caps can prevent them from producing at their true potential, or from ever raising enough money to move from cottage production to a sustainable place in a commercial kitchen and founding a small business. State-to-state irregularities also prevent the trafficking of homemade goods across most state lines, severely limiting markets especially for those who live in border areas. These regulations, in other words, make it possible to sell goods, but almost always impossible to foster the local economic growth and food awareness the market could deliver.

That’s why, groups like the Harvard researchers behind that 2013 study of new regulatory environments argue, we shouldn’t stop when people like the Wisconsin bakers win the right to hawk their crumpets and scones. As the homemade food movement grows, it ought to endeavor to coalesce into a dedicated lobby. Such a united front could convincingly and rapidly lobby the public and lawmakers to lift income caps, allowing cottage industries an avenue to transition into full-fledged, locally beneficial businesses if they so choose. They can and should also push for the right to sell indirectly to consumers, allowing stores and restaurants that want to promote local foodways and awareness to do so while increasing their market’s scale and effectiveness. And they could advocate for the harmonization of food laws between states to allow for both cross-border trade and mobility for businesses that wish to relocate.

If such a coalition can manage to create a fully liberal and resonant homemade food regimen in the country, we can only guess at the economic benefits it could yield for local communities. But more than that, it could encourage more local food production to meet the needs of a growing farmers market crowd. Local growth and manufacture may help people to re-engage with the sources of their food and explore new paradigms of quality, taste, and variety that for much of the country have been lost since the industrialization of consumer goods—the shift that created the sticky regulations we’re now contending with in the first place. A robust homemade food market would not only be safe; it would be a vital way of reconnecting us to a vibrant culinary world while driving us into a more diverse and productive economic future. In the name of that rosy vision, let’s all hope Wisconsin lets these women bake—to their heart’s content.