It’s can be hard for parents to make it through college. 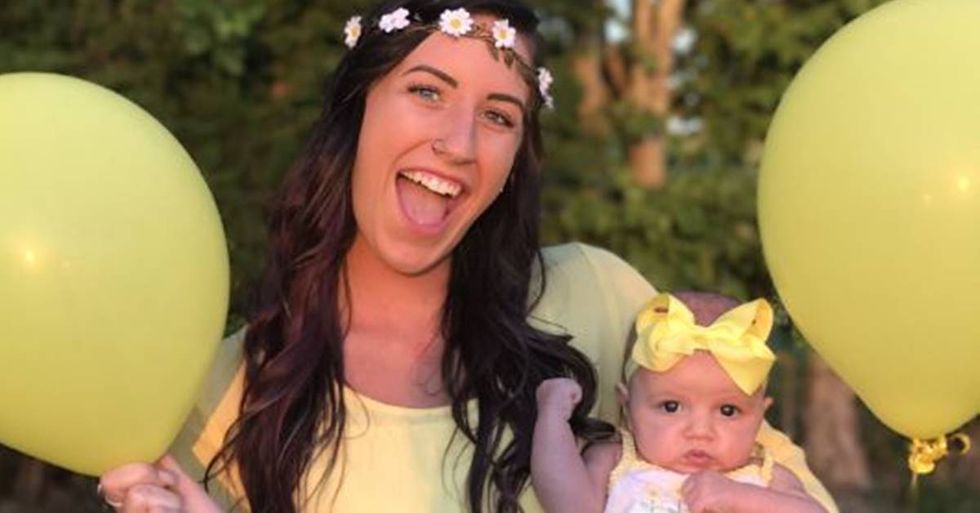 Being a new mom is hard. Being a college student is hard. Without having a village to help both student and baby, parents face a much tougher road to graduation. A 2013 study found that 53% of parents leave college with no degree versus 31% of non-parents. That’s why a recent letter from a professor who understands the challenges of parenthood is going viral.

Morgan King is the 21-year-old mother to a baby daughter named Korbyn and studies therapeutic recreation at the University of Tennessee. On June 14, she missed a class because there was no one to watch her daughter. Later that day, she wrote a letter apologizing for her absence to her professor, Sally B. Hunter, and received a surprising response:

“In the future, if you are having trouble finding someone to watch Korbyn, please feel free to just BRING HER with you to class. I would be absolutely delighted to hold her while I teach, so that you can still pay attention to the class and take notes. I work for the Department of CHILD and FAMILY Studies — so how terrible would it be, if I was unwilling to have a child visit our class? I’m very serious with this offer—just bring Korbyn with you!”

Told my professor I missed class yesterday bc I couldn't find childcare & this was her response. I'm literally crying. So blessed/thankfulpic.twitter.com/3QaThJRXdo

King shared the letter on Twitter and it quickly went viral. After two weeks, it’s been shared over 27,000 times and has over 5,000 likes. The letter was retweeted so quickly, Hunter learned about King’s tweet even before she could notify her.

Update: I just went to email my professor to let her know I posted her email and it went viral but she beat me to it! Hahaha #twitterfamous pic.twitter.com/4n8EEc0zux

Hunter’s show of support for a student earned her a lot of love on Twitter.

It's people like this that make my heart so damn happy

I dont even know you Morgan, saw a retweet, but keep working hard. Inspiring 2 see young people going 4 it even with added responsibilities.

What a beautiful show of humanity. Made my night. If only we could always be this kind & compassionate to one another. ❤Best wishes to you!

Morgan, Professor Hunter's response to you is a shining example of making student success a priority at UTK. Very proud of her!

Supportive professors like this helped me get my college degree when I had a small child! Love them!