Remains of the Day

Photos of the scraps that make up Brazil's most storied dish. 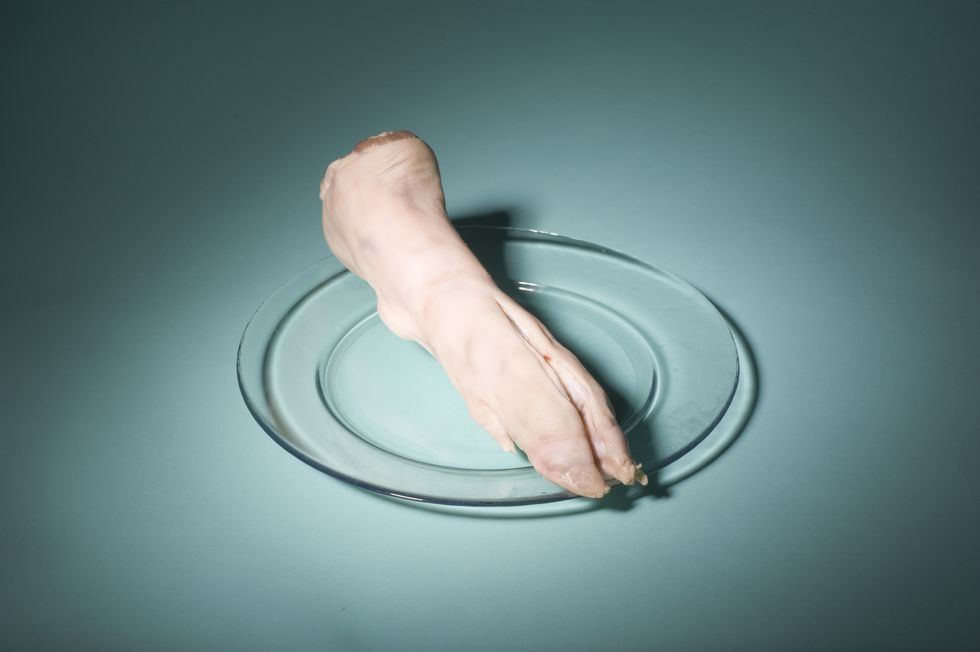 Rooted in the one-pot peasant stews of Spain and Portugal and adapted by Brazil’s plantation workers in the 16th century, feijoada is a stew made of spare parts—a culinary method that turns the more “interesting” cuts into an economic, if time-consuming, meal to satisfy an entire table. Preparing it involves visiting a butcher, or several, to procure the more business-oriented (read: least expensive) parts of a pig: the trotters (feet), tail, and ears. Add some beef tongue, slab bacon, beans, ham hocks, carne seca (sun-dried salted beef), and, if you’re lucky enough to find it, linguiça, a Portuguese sausage whose close cousin is chorizo.

According to Chef Maricel Presilla, the author of Gran Cocina Latina, a bible of Latin American cooking, to speak of feijoada’s origins is to see a world map alight with trade routes and conquests: “North Africa passed through Spain with the Muslims. The dishes they liked were not so different. Historians do not stress the points of intersection enough.” She considers Brazil, where one encounters every gradation of white and black under the sun, even more of a melting pot than America. “In the beginning, the Portuguese treated Brazil as an outpost. Not as a destination. You had men coming in, working the plantations, and bringing their tastes along. The women of the houses would train the slaves to cook Portuguese dishes to feed a crowd. Gradually, their cuisines intermingled,” she says. “The conqueror becomes conquered of the kitchen.”

Because feijoada takes so long to cook, these days it is prepared mostly for celebrations. The salted beef needs an overnight soak. The meat and beans require three hours of stewing. Feijoada is traditionally enjoyed over rice and accompanied by shredded, stir-fried kale, which adds an “herbal astringency,” according to Presilla. The final dish marries spice, smoke, salt, and elements of two different cultures. At last, the various parts become whole. After crafting such a complex yet rustic dish, caipirinhas are always in order.

All the meats were purchased at Paisanos in Brooklyn, NY