Spoiler: The answer is not Muslims 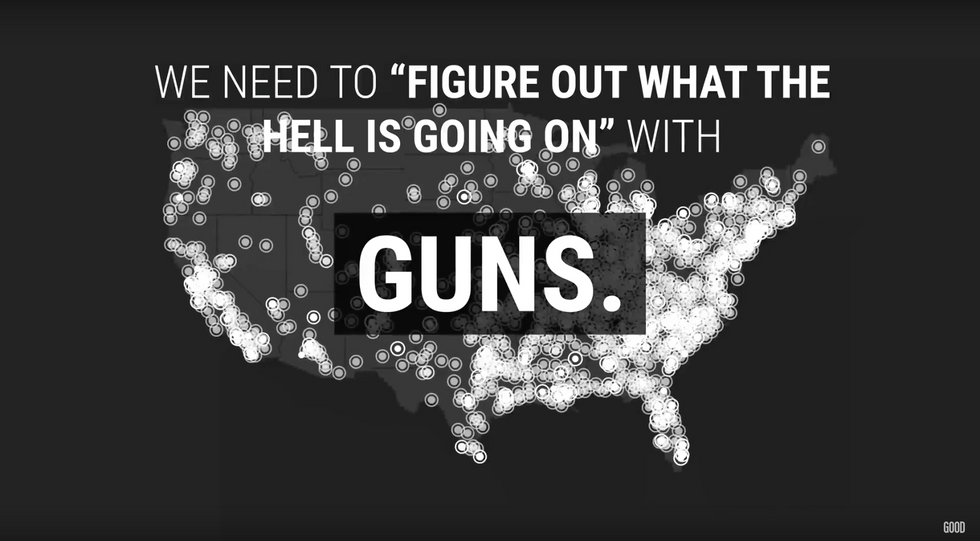 Back in January, President Obama periodically wept through a speech in which he announced several executive actions intended to tighten gun control in the United States — crazy things like expanding the background check process for some gun purchases, making it harder for unlicensed gun sellers to move arms and investing half a billion dollars in mental health research and “smart gun” technology. As Obama pointed out, “If a child can't open a bottle of aspirin, we should make sure they can’t pull a trigger on a gun."

President Obama was crying because he was recounting the horrors of the Sandy Hook Elementary School shooting in front of a room filled with, among others, family members of gun violence victims. But, of course, before he could even issue that address the GOP presidential hopefuls — most of which have been retired by the democratic process — were pre-outraged.

But the truth is, this country is plagued by gun violence — plagued in the sense that, like The Plague, it is killing thousands and thousands of people in the United States every year. Thousands have already died this year, in fact, and the cause is not so simple as “Muslim terrorists” or “bad guys” who we can protect ourselves from with more guns. Before we entertain insane people like Ted Cruz and their insane ideas like “patroling Muslim neighborhoods” we need to actually examine why gun violence is occuring. So we did. And we put it in a video, just for you.