The United Names of America

This infographic is a collaboration between GOOD and Kate Slovin. Many cities in America share the same names, including street names. Most... 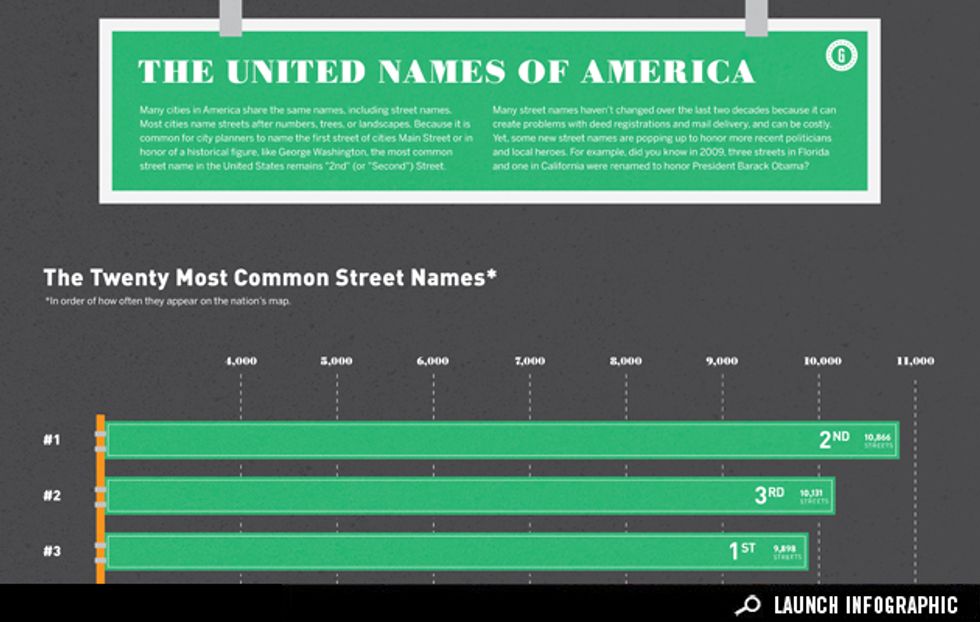 This infographic is a collaboration between GOOD and Kate Slovin

Many cities in America share the same names, including street names. Most cities name streets after numbers, trees, or landscapes. Because it is common for city planners to name the first street of cities Main Street or in honor of a historical figure, like George Washington, the most common street name in the United States remains "2nd" (or "Second") Street.

Many street names haven’t changed over the last two decades because it can create problems with deed registrations and mail delivery, and can be costly. Yet some new street names are popping up to honor more recent politicians and local heroes. For example, did you know three streets in Florida and one in California were renamed to honor President Barack Obama in 2009? Check out this infographic to see the five most popular city names and other popular street names, including some very unique ones.