Leakfrog: London Leakfrog, a device customers attach to their water meter to determine if their pipes are leaking, has... 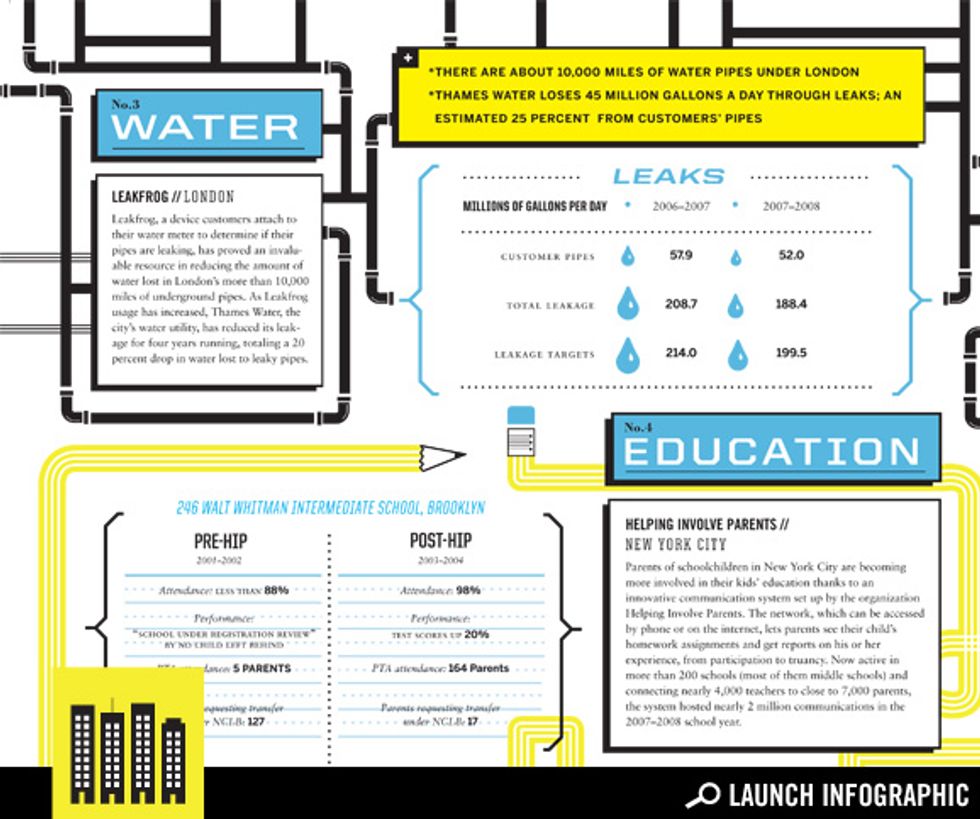 Leakfrog, a device customers attach to their water meter to determine if their pipes are leaking, has proved an invaluable resource in reducing the amount of water lost in London's more than 10,000 miles of underground pipes. As Leakfrog usage has increased, Thames Water, the city's water utility, has reduced its leakage for four years running, totaling a 20 percent drop in water lost to leaky pipes.

Parents of schoolchildren in New York City are becoming more involved in their kids' education thanks to an innovative communication system set up by the organization Helping Involve Parents. The network, which can be accessed by phone or on the internet, lets parents see their child's homework assignments and get reports on his or her experience, from participation to truancy. Now active in more than 200 schools (most of them middle schools) and connecting nearly 4,000 teachers to close to 7,000 parents, the system hosted nearly 2 million communications in the 2007–2008 school year.

A collaboration between GOOD and Oliver Munday.