Sam Barsky Knits Sweaters Of The Landmarks He Visits

“It was a success, and this has been my life ever since” 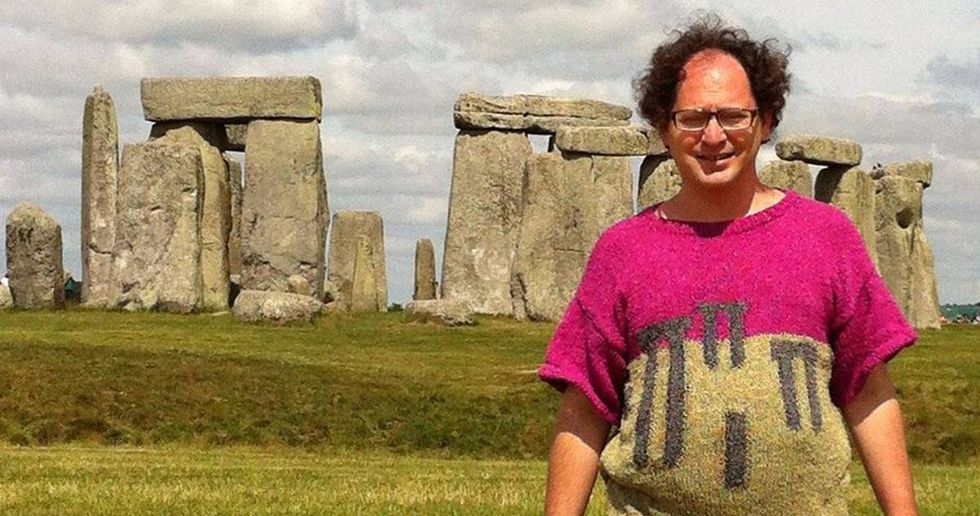 Most tourists purchase a souvenir of the places they visit while at the landmark or attraction. But a Baltimore man is blowing people’s minds by doing the exact opposite. Sam Barsky prefers to knit a sweater depicting the places he visits before the trip and then takes photos wearing the sweater at the landmark. His sweater creations are so unique that he’s attracted more than 30,000 followers to his Artistic Knitting of Sam Barsky page on Facebook.

In an email to The Insider, Barsky said he chooses what to knit “based on where I’ll be traveling to next or what event is coming up soon.” After learning his craft in 1999 at a local yarn shop, Barsky began knitting his own creations. “I thought about a jumper with a picture of a nature scene. But no pattern existed,” Barsky wrote. “As I tried to design it on graph paper, I realized I could knit the same without a graph. It was a success, and this has been my life ever since.”

It takes Barsky about a month to knit each sweater so he has to start working well in advance of his travels. Currently, he’s creating sweaters depicting the California Raisins and Martin Luther King, Jr. “After that, I want to knit a jumper for Groundhog Day,” Barsky said. Recently, Barsky’s sweaters won two prizes at the Maryland State Fair.