Learn how the legendary golfer became the drink’s namesake straight from the man himself. 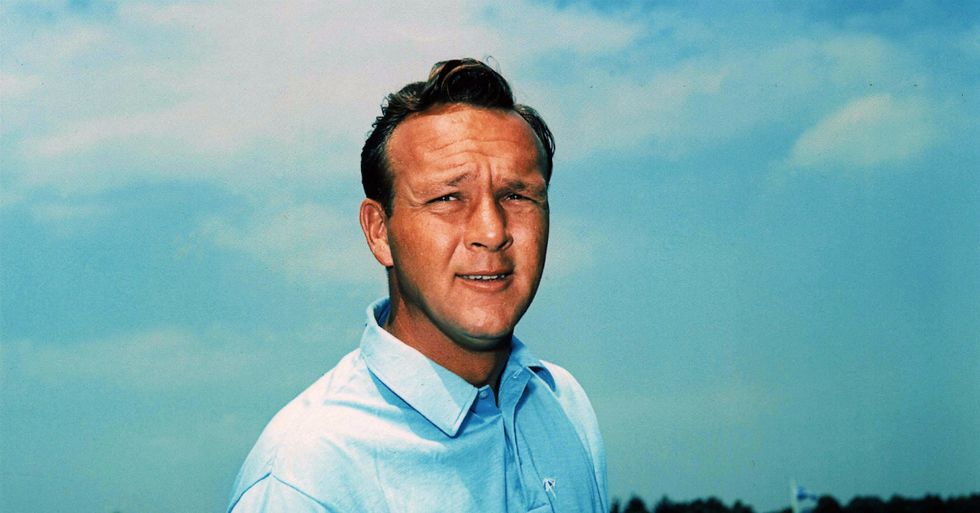 Historically, finding the true origin of a menu item or dish is akin to finding a needle in a...stack of bigger needles. Even if you can parse through the Bunyanesque legends that tend to evolve over time, you’ll likely be left with many outlets (both people and institutions), who are all too quick to take credit.

As we look back on the life of Arnold Palmer, who died this weekend in Pittsburgh at the age of 87, we remember him not only as one of the best golfers to ever pick up sticks, but as the namesake for an iconic country club drink that’s found its way to the mainstream.

For those unfamiliar, an Arnold Palmer is a mix of lemonade and iced tea in the same glass. Its prevalence is such that ESPN went forward with this Sportscenter promo that didn’t need a word of exposition or explanation to get its point across:

But just because it’s named after the legendary golfer doesn’t mean he was the driving creative (as much as mixing lemonade and iced tea can be deemed “creative”) force behind the drink.

In this case, though, he just happened to be the guy that invented the drink, despite what you might hear in country club locker rooms and public golf courses across the world.

In a 30 for 30 short several years ago, Palmer was very forthright with how his name came to be synonymous with the drink. While many such origin stories are convoluted, this one is very straightforward, making it as refreshing as the beverage that bears his name.

He recounted, "My wife made a lot of iced tea for lunch, and I said, 'Hey babe, I've got an idea.' You make the iced tea and make a big pitcher, and we'll just put a little lemonade in it and see how that works. We mixed it up, and I got the solution about where I wanted it and I put the lemonade in it. I had it for lunch after working on the golf course. I thought, 'Boy, this is great, babe. I'm going to take it when I play golf. I'm going to take a thermos of iced tea and lemonade.' "

Shortly thereafter, he was dining in a restaurant, describing the drink he wanted to the waitress when a nearby diner told a waitress, "I want an Arnold Palmer. I want what he ordered."

And a drink was born.

Perhaps most charming of all is the fact that Palmer was embarrassed to order his namesake drink, so instead of asking for an “Arnold Palmer,” he would explain how to make it.

Though he probably could have saved everyone a lot of time by just asking for an Arnold Palmer. They would have known what he meant.