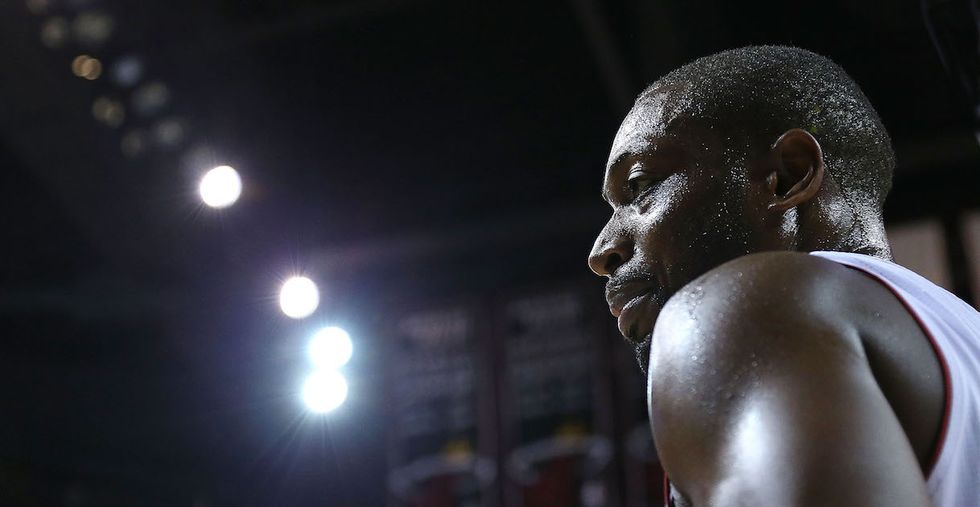 As a star athlete, it must be impossible to grasp the effect you have on people’s lives. On Sunday, Feb. 25, Miami Heat legend Dwyane Wade learned he was a hero to one of the 17 people who died in the Marjory Stoneman Douglas High School shooting in Parkland, Florida.

According to Univision, one of the victims of the shooting, 17-year-old Joaquin Oliver, was laid to rest in his Dwyane Wade jersey. Wade was obviously upset by the news.

You’re about to make me cry this afternoon https://t.co/rWFsQcxlYc

On Saturday, Feb. 24, the Heat played their first home game since the shooting. Miami is about 50 miles from Parkland, Florida, so the team held a pre-game memorial featuring a Marjory Stoneman Douglas flag at center court. Wade was able to share some heartfelt words with the audience while making an appeal for improved gun safety.

.@DwyaneWade delivers a stirring pregame speech at AmericanAirlines Arena, telling the survivors of the shooting at Marjory Stoneman Douglas High School last week that they are a inspiration to this country. #MSDStrong #HeatCulture pic.twitter.com/yycLWsxp3F

“Tonight we honor the 17 lives that were tragically lost in Parkland,” Wade said. “We applaud the fearless students who are fighting for their lives, and we also want to make sure that their voices are heard about gun safety. You are our nation’s inspiration, we salute you and we support you.”

While some athletes would have side-stepped the controversial gun control debate and just honored the students, Wade took a stance, and it wasn’t the first time. In 2016, Wade’s cousin was gunned down in Chicago, and he used his celebrity to promote gun safety in the city. “There’s other cities that have way tougher gun laws. We have weak gun laws,” Wade said.