Training vulnerable communities to fight back in the age of Trump. 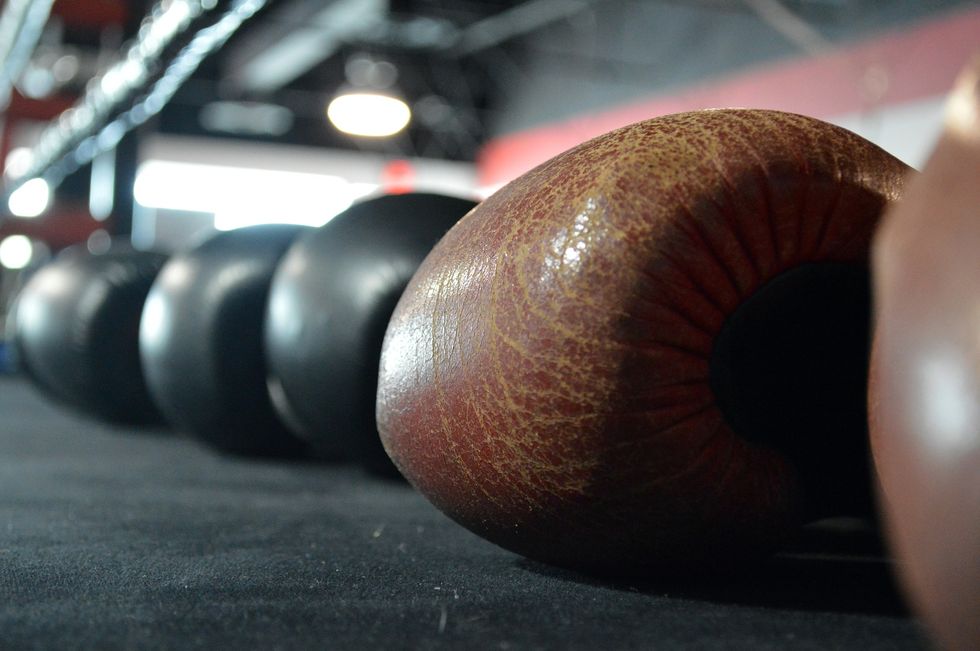 Sonu Kaur is tired of walking at night in fear. “That’s something that’s been engrained in my body,” says the 26-year-old Chicago resident. And as she’s watched political events of the past year unfold — the election of Donald Trump, hate crimes against marginalized groups in the Windy City and across the United States, and what she refers to as the growth of far-right extremism — Kaur’s feelings of unsafety and her tendency to walk fast has amplified. “I don’t want my first impulse to be running and hiding when I’m threatened,” she says. “I’m not a big person, but I want to be able to stand my ground both physically and mentally.”

She also wants to empower others to do the same. Kaur is one of nine organizers behind Haymaker, a collectively run, donation-based gym that aims to provide accessible, affordable self-defense training to Chicagoans. The nascent project offers workshops, trainings, and educational talks in anticipation of opening a permanent location with a regular class schedule that includes Muay Thai, Brazilian jiujitsu, aikido, strength training, and more. But unlike most gyms, Haymaker’s mission extends beyond pure muscle-building and self-improvement.

Since Trump’s election — a time marked by an uptick in attacks on marginalized populations — the question for organizers like Kaur has become how to strengthen vulnerable communities and how to carry the energy of post-election protests forward in a concrete way. That’s when the idea of Haymaker was born. Organized around the principles of “strength, solidarity, and autonomy,” the gym sees itself as a tool for community transformation and resistance. “This gym and this training are a way to fuse both what it means to physically stand your ground and to cultivate a politics that says ‘stand up, fight back,’” says Kaur.

Haymaker’s political nature plays out in several ways. For starters, its high-caliber fitness programming at low to no cost stands in stark contrast to the mainstream workout culture of luxury gyms and moisture-wicking apparel subscriptions. “Gyms often require a lot of money, so memberships and classes are not available to everyone,” Kaur explains.

There’s also a tendency in the fitness world to represent and idealize only a narrow spectrum of body types. “Gyms tend to be places where people go to get more good-looking,” Kaur says. “Even as we start to see more body positivity, it’s not generally rooted in a politics that really welcomes all bodies, that prioritizes people of different abilities and gender identities. Creating a space of heterogeneity is one of the things we’re doing differently.”

Most fitness regimens exist to fulfill individualized objectives — think weight loss, health optimization, or competition. Haymaker points to what else is possible, and arguably necessary, through physical training. “For us, there is something inherently political about defending your own life against forces of oppression, particularly when certain lives are deemed less valuable or not valuable at all in our society,” says Patrick McNeill, one of the gym’s co-organizers.

However, what constitutes self-defense and whether it’s justified remain contested issues. “If your back is up against the wall and there’s a gun in your face, most people would say in that situation you’re warranted to do whatever you need to do to defend yourself,” McNeill says. “It’s different when you’re talking about a political ideology or force that’s organizing to destroy you.” Because racism, sexism, and other oppressive power structures are made invisible and “premised on the idea that these are not actually violences,” according to McNeill, then responses to violence can sometimes seem like acts of aggression, as opposed to defense. There’s always a bit of this struggle for legitimacy when self-defense is framed politically.

But self-defense practices teach more than how to strike back. It’s not always realistic to respond physically to an attack, like when McNeill says he was tackled and brutalized by police at a demonstration. (A physical response from McNeill would have been construed as assaulting an officer.) “Those experiences may not have been preventable with a training program,” he says, but in terms of how to mentally react to an assault, stay calm in dangerous situations, or take a punch less painfully, “these are things self-defense can be very useful for.”

Haymaker hopes that its physical space and services fortify communal bonds and lay a platform for further political mobilization. Kaur cites the Gulabi Gang in India as an example of how building bodily strength together can stimulate greater political strength. It began as a female self-protection group and evolved to disrupt corruption, take action against abusers, and promote education and fiscal independence among women in their communities.

“We’re in a moment where it feels like everything’s falling apart and nobody is coming to save us,” McNeill reflects, “so we have to think about how to organize ourselves. That’s frightening but also very empowering.”