Once again, the frustrated coach offers his thoughts on the government’s inaction in curbing gun violence. 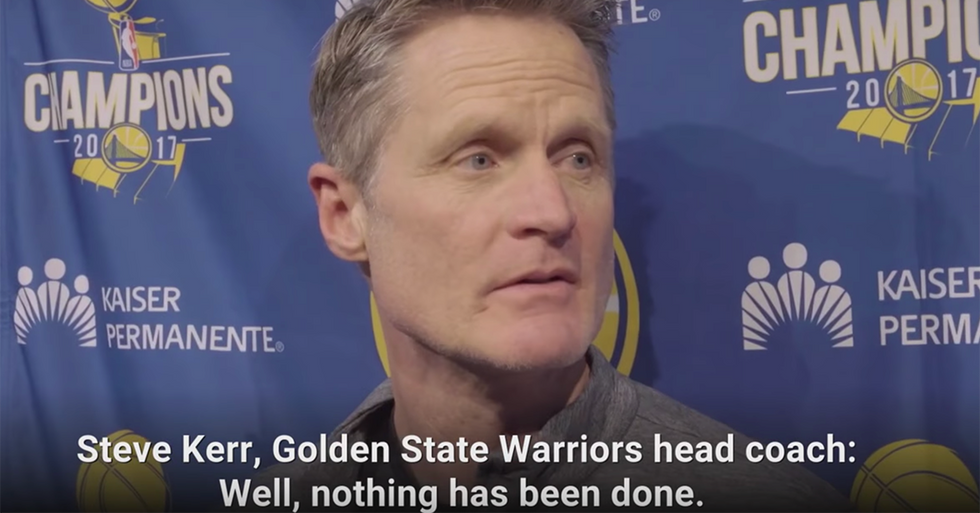 NBA coach Steve Kerr has echoed his sentiments made just months ago in the wake of the Florida school shooting that has left 17 dead. The Golden State Warriors head coach, known for speaking his mind when asked on social issues, had deemed the government’s inaction to address gun control “disgusting and a shame” following the Texas church shooting that took the lives of 26 parishioners.

Once again, he’s offering a similar response when asked about the recent Florida tragedy before this team’s game against the Portland Trailblazers. He took to task the politicians who live in the pockets of the NRA while others struggle to create change and progress.

Below is a transcript of Kerr’s remarks, ending with his characterization of the state of affairs as “disgusting,” the same word he used to describe the government’s lack of action leading up to the Texas church shooting.

Even for Steve Kerr, who is far removed from the legislative system as an NBA coach, but impassioned as an American citizen, he finds himself caught in a sort of Groundhog Day, offering the same response to similar tragedies, pleading for the government to make a change.

We may hope that he needn’t make this appeal again in the future, but without change, there appears little end to this cycle of violence.