For the first time ever, doctors were able to spot the condition in a living person. 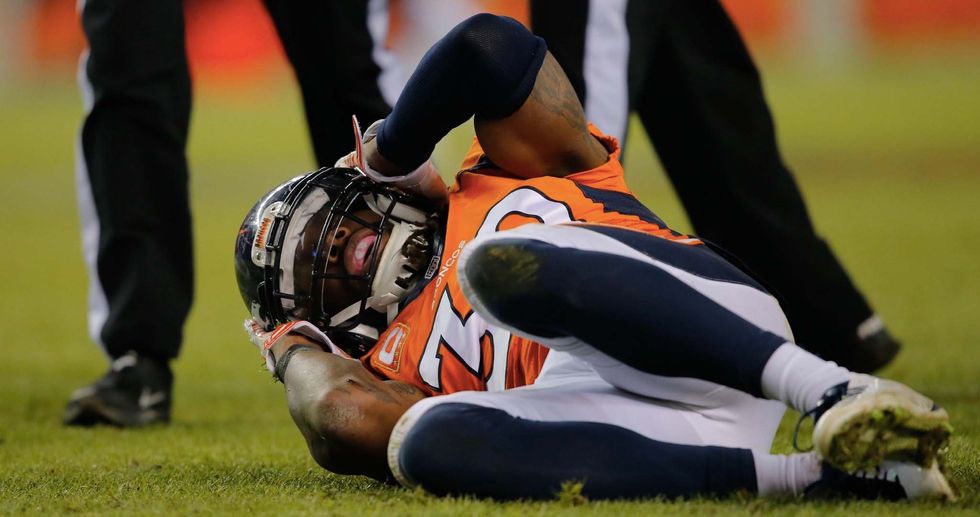 In July, the Journal of the American Medical Association published an updated study that examined the brains of deceased former NFL players. Of the 111 brains looked at, 110 came away with a diagnosis of chronic traumatic encephalopathy (CTE), a degenerative brain disease linked to aggression, depression, paranoia, memory loss, impaired judgment, and dementia. The condition is linked to repeated blows to the head, making it common among football players. A number of former players later found to have CTE died by suicide, including stars like Junior Seau, Dave Duerson, and Aaron Hernandez.

“I worry what my future is,” he said during an episode of “First Things First,” tears welling up in his eyes. “Now, I haven’t shown any signs of [CTE]. I didn’t record any recorded concussions playing. But I would say there is some type of fear. Fear of the unknown.”

A new study in the journal Neurosurgery offers some hope for people likely to develop CTE. For the first time ever, doctors were able to spot the condition in a living person. Being able to diagnose CTE is, of course, one of the prerequisites for being able to test treatments for it.

“We realized that if we could only make a diagnosis after someone was dead, there was no way we could help them,” Dr. Julian Bailes, director of neurosurgery and co-director of NorthShore University HealthSystem Neurological Institute in Evanston, Illinois, told NBC News.

Though the NFL has taken some steps in recent years to better protect its players from especially dangerous hits by instituting penalties — much to the chagrin of President Donald Trump, who railed against new rules barring helmet-to-helmet hits as “ ruining the game” — the fact is that no amount of rulebook tweaks or advances in helmet technology will ever truly be able to make it safe.

David Bruton (#30) of the Denver Broncos is carted off the field on a stretcher after suffering a concussion during a 2014 game. Photo by Justin Edmonds/Getty Images.

While it’s reasonable to consider whether or not the risks are worth the reward of potentially being a famous multimillionaire, it’s worth remembering that only a tiny percentage of people who play football as children will ever make it to the NFL. In fact, even if you’re one of the 73,660 players good enough to make it onto an NCAA football squad (something only around 6.5% of high school players will do), there’s still just a 1.5% chance that you’ll make it to the NFL. For the millions of people who will play full-contact football in their lifetimes, just a few thousand will ever get paid for it. CTE is popping up in high school and college athletes. Maybe it’s worth it for a millionaire to make that sort of risk-reward calculation, but what about 15- and 16-year-olds?

A number of former players are starting to have their doubts about the sport’s future as well. When legendary player and coach Mike Ditka was asked whether or not he’d let a hypothetical 8-year-old son play football during an episode of HBO’s “Real Sports,” Ditka replied, “No. That's sad. I wouldn't, and my whole life was football. I think the risk is worse than the reward.”

“I think that we’re at a real crossroads, as it relates to the grassroots of our sport, because if I had a 10-year-old boy, I don’t know that I’d be real inclined to encourage him to go play football, in light of what we are learning from head injury,” Aikman said.

Aikman (#8) drops back to pass during a 1994 game. He currently announces NFL games on Fox. Photo by Otto Greule Jr/Allsport/Getty Images.

On one hand, it’s excellent news that scientists appear on the verge of a CTE breakthrough. On the other, maybe it’s time we examine our own (sometimes morbid) fascination with a sport that strips the very essence of life away from so many who play it. As the response to the NFL kneeling controversy shows, people are ready to boycott for much, much less.