“​I’m proving time and time again that there’s no wrong way to be a woman.” 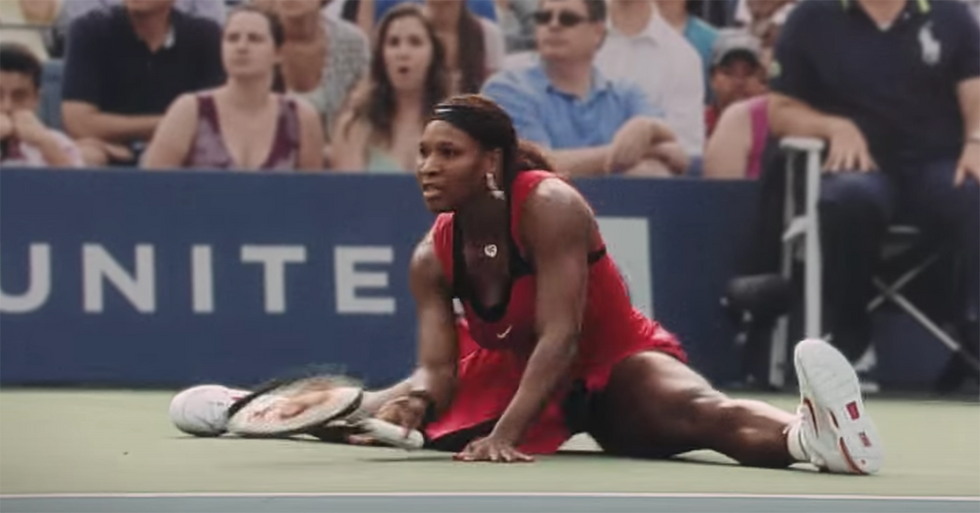 Serena Williams continues to build on a tennis career that has already solidified her place as one of the the best in history. But while her dominance has been taken for granted by many, her rise and tenure at the top have brought with them criticisms that the legend continues to face for no other reason than she is a woman and she is black.

While she eyes her comeback after taking time away from the game to focus on her first child, she recently starred in a Nike series tackling equality entitled “Until We All Win.”

Williams’ clip brings a distinct perspective, in no small part because she competes by herself, and her personality, and accomplishments, are the entirety of her brand.

Focusing on adversity while quietly touting her own accomplishments Serena offers in the 30-second spot:

I’ve never been the right kind of woman. Oversized, and overconfident. Too mean if I don’t smile. Too black for my tennis whites. Too motivated for motherhood. But I’m proving, time and time again, there’s no wrong way to be a woman.

While Serena entered the world of tennis initially due to her love of the game, she soon realized that her presence in the public eye no longer belonged solely to her. She has demonstrated courage in leveraging her role to effect social change through her willingness to speak on social issues, and her philanthropic activity.

The spot was created in honor of International Women’s Day on March 8, but the message remains timeless and powerful. A statement from Nike explains the ad’s intent is to “recognize and celebrate the contributions and achievements of women everywhere and share our belief in gender equality.”