There’s a reason the Vermont course is nicknamed “The Beast.” 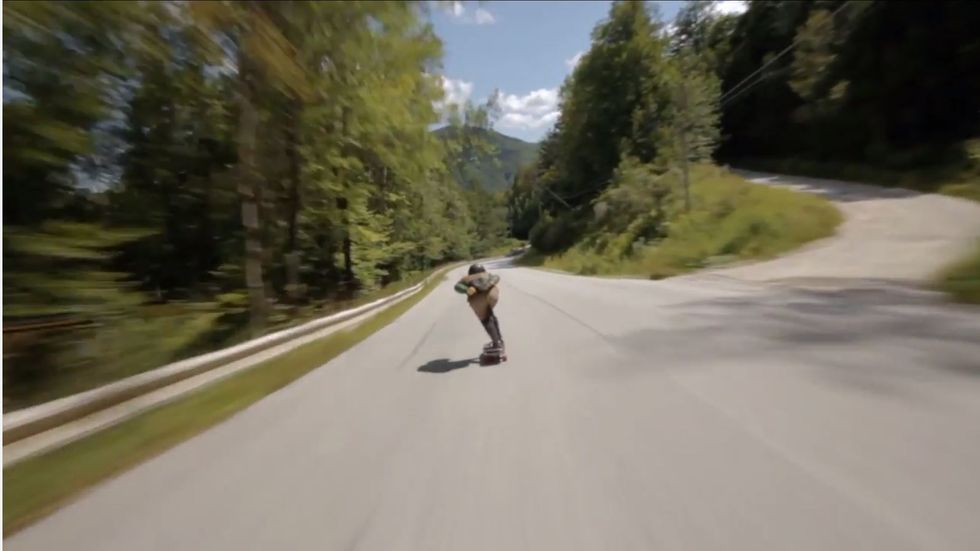 A new promotional video from the International Downhill Federation gives a scary glimpse into what it’s like to hit 70 mph on a skateboard. The IDF sponsors a series of downhill events where skateboarders and street lugers rocket downhill at breakneck speeds. To promote its next contest at Killington IDF World Cup and Freeride 2017, held atop the Killington Mountain Resort and Ski Area in Vermont on the weekend of Sept. 8, the IDF released this video to give fans an idea of what riders will face.

Nicknamed “The Beast,” the mountain will host an array of international competitors vying to be the fastest skateboarder or street luger down the hill. While that may sound simple enough, the logistics for the competition are anything but. As the racers top out around 70 mph, the course must be both cleared, barricaded, and made visually accessible to the fans who wish to catch the contestants zoom by in a blur.