The Super Bowl Generates 40 Tons Of Trash. It's Possible None Of It Will Go To A Landfill.

It's a small step on one of the world’s biggest stages. 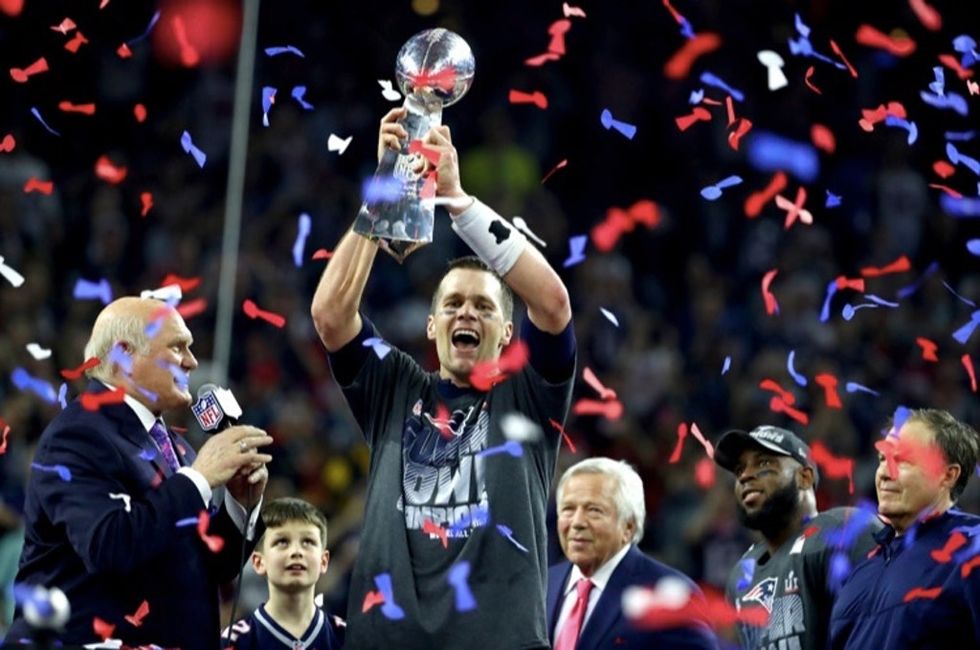 In the world of sports, there are few spectacles bigger than the Super Bowl.

Equal parts athleticism and consumerism, the annual showcase is often the most-watched television event of the year. And for the host city, it’s a legit economic engine.

Super Bowl XLIX was played in Glendale, Arizona, with neighboring cities Phoenix and Scottsdale hosting parties and events. The state saw an economic impact to the tune of $719.4 million. In the words of Joe Biden, “​This is a big f-ing deal.”

The Super Bowl can bring a ton of benefits to its host city. But it also brings some pretty huge burdens.

About a million people will flock to the Twin Cities for this year’s game and celebrations. That's a lot of crowds, a lot of traffic, and a lot of garbage.

The first two are tough to avoid, but there’s a plan in place to help with the latter.

This year, some of the game’s corporate partners are joining forces to host Super Bowl’s first zero-waste legacy project.

U.S. Bank Stadium, the NFL, Minnesota Sports Facilities Authority, PepsiCo, and food service provider Aramark are teaming up for the lofty endeavor of producing no waste during the main event. That doesn’t mean fans won’t throw anything away — instead, organizers hope to keep the more than 40 tons of trash typically generated during a Super Bowl out of the landfill.

90% of the garbage from the game, food waste and paper, will be composted or recycled. The remaining 10% of waste will likely be plastics that can’t be reused. These will go to a waste-to-energy incinerator where it will be burned and converted to power. (These facilities aren’t without controversy, as the emissions may affect air quality over time.)

The Super Bowl XLIX in Arizona launched a zero-waste effort in 2015. In addition to waste from game day, community members repurposed textiles and recyclables from pre-game events and celebrations. Even kids got in on the action, donating 33,000 supplies to schools in the area. The all-in effort led to 73% of waste diverted from landfills.

Logan Ryan of the New England Patriots possibly celebrating the fact that this confetti won’t end up in a landfill. Photo by Ezra Shaw/Getty Images.

And this isn’t a one-and-done pursuit. Organizers hope to use their learnings to help other stadiums host zero-waste events.

Following the Super Bowl, best practices from the project will be shared widely with other event organizers, with the goal of hosting zero-waste events around the world, all year-round. And what better beta test than one of the biggest events of the year?

“What differentiates it from anything we’ve done in the past is the commitment to not just doing this for one day, but to work together to change the paradigm,” Jack Groh, director of the NFL's environmental program told Fortune.

No matter who wins the game, the MVP is always the planet.

Whether at home or at one of the biggest sporting events in the world, we can’t take our eyes off what’s important: having a safe, clean, healthy place to live for generations to come.