Will The Olympics' Green Makeover Have Lasting Effects?

Rising global temperatures may make cities too warm to host the Winter Games in the future. 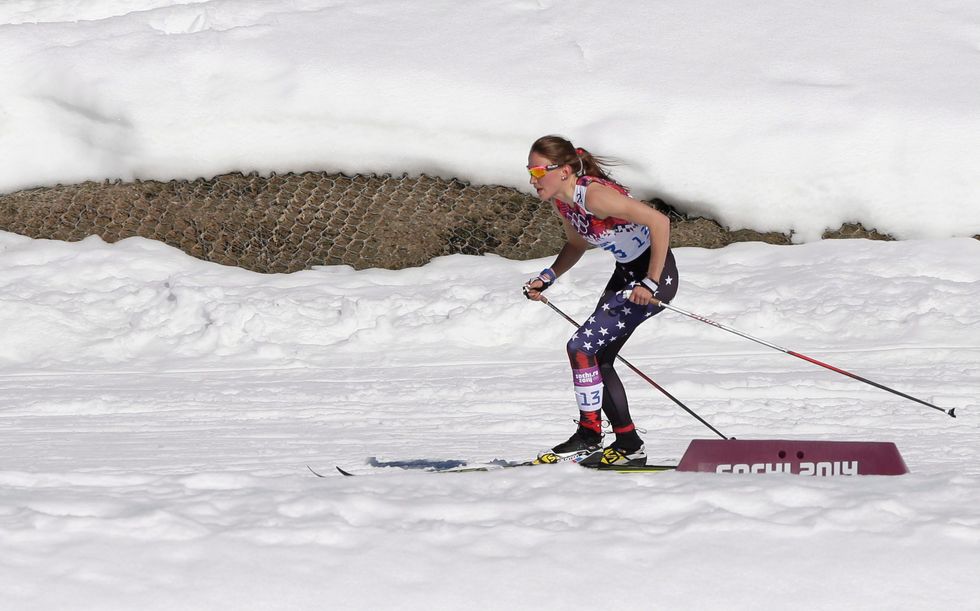 Every couple of years, billions of dollars flow into an Olympic host city and its environs for the construction of enormous stadiums, guest hotels, and athlete accommodations.

In the past decade, the International Olympic Committee (IOC) has emphasized the measures taken to make these projects — and the Games themselves — sustainable.

But in a world where reducing carbon emissions is an overriding priority, is there still room for the Olympics?

Staging the Olympics comes with a huge environmental footprint. Flying an estimated 28,500 athletes and staff to Brazil for the 2016 Summer Olympics in Rio generated more than 2,000 kilotonnes (kt) of greenhouse gases (GHG) — not to mention the 2,500 kt of GHGs associated with bringing in about half a million spectators.

[quote position="full" is_quote="true"]Many of the places that once cheered on the skiers and bobsledders sliding across snow and ice may be too warm by mid-century to host another Winter Olympics.[/quote]

What’s worse is that the investments made for the Olympics often end up being wasted. After the 2004 Summer Olympics in Athens, training fields and pools, a beach volleyball court, and a hockey stadium were all left to rot, and the Rio facilities look to be on the same track.

The issue of environmental impacts is increasingly important to the Winter Olympics.

When researchers at the University of Waterloo used climate-change models to look at previous Winter Games locations and predictions of future winter weather, they found that only 12 of the 21 previous hosts could be relied upon to repeat the task in a warmer future.

Many of the places that once cheered on the skiers and bobsledders sliding across snow and ice may be too warm by mid-century to host another Winter Olympics. Reducing the environmental impact of the Games — and greenhouse gases in particular — takes on a special significance when the very future of the event is at stake.

The 2010 Winter Olympic and Paralympic Games in Vancouver generated about 278 kt of greenhouse gases between 2005 and 2010. The vast majority, 87%, were associated with getting almost 2,800 athletes, 10,000 journalists, and as many as half a million spectators to Vancouver and out to event venues.

In fact, Vancouver was touted as hosting one of the greenest Games ever. Some of this had to do with smart planning and the relative concentration of event venues in Whistler and Vancouver. But keep in mind that the Winter Olympics host fewer medal events and thus involve less movement of people overall.

Pyeongchang, in comparison, is gushing GHGs. Organizers estimate about 1,590 kt will have been released by the end of the Games. That huge increase in emissions may be due to the distance involved in moving athletes and spectators to the Korean peninsula — or simply because we have improved the way we calculate environmental footprints for large and complex events.

But we can be fairly certain that the increase in emissions for the Pyeongchang Games aren’t due to an massive influx of spectators — in fact, one of the big concerns about Pyeongchang seems to be the low ticket sales.

The IOC has taken many positive steps in an attempt to “green” the Games. Its comprehensive sustainability strategy leans on five strategic areas — infrastructure, material sourcing, mobility, workforce, and climate — to reduce the environmental footprint associated with construction and transportation, and to leave the host city with better infrastructure.

Despite the guidance, it doesn’t always work. For example, the organizers of the 2016 Rio Olympics promised to restore the city’s waterways through investments in the sanitation system. Even with strong planning, the Olympics do not always meet their green potential.

One area where the Olympics have achieved some success is in the use of carbon offsets, which is, in essence, paying for emissions that can’t be otherwise avoided.

Today, carbon offsets have become an important part of the Olympic brand. Both Beijing 2008 and Vancouver 2010 used offsets to reduce their emissions significantly.

But offsets aren’t always guaranteed. The London 2012 Summer Olympics dropped its offset pledge when it could not find any carbon offset projects in the United Kingdom. The Sochi organizers claimed to have achieved their “carbon neutral” target for the 2014 Winter Games, but others have challenged that assertion, questioning whether emissions associated with construction in preparation for the Games were included.

Pyeongchang 2018 is on track to achieve carbon neutrality through the use of Certified Emission Reduction (CER) credits — an internationally recognized offset mechanism. By September 2017, the Pyeongchang organizing committee had secured offsets to cover about 84% of the total emissions anticipated with hosting the Games, and there are plans to crowdsource funds to purchase the remaining credits required.

The Olympics can leave behind important infrastructure legacies that promote urban sustainability over the long term. The Vancouver Games, for example, included a highway upgrade and the Canada Line — an extension of the city’s rapid transit system that connects downtown with the airport and Richmond, part of the metro Vancouver area.

Getting people out of their cars and onto the Canada Line reduces GHG emissions by as much as 14 kt of greenhouse gases per year, suggesting that the entire impact of the Vancouver 2010 Games could be offset in 20 years.

Yet the Vancouver Games came with a $7 billion price tag. And others point out that if the entire amount had been spent on improving the city’s public transit system, residents would have benefited from much more than the Canada Line.

Would funds have been available without the impetus of an international spectacle? It seems unlikely, but it’s difficult to know for certain.

Olympics as a showcase

At their best, the Olympics are a powerful movement that can effect change and act as a launchpad for new ideas.

Atlanta 1996 was one of the first Games to stage new and innovative technologies in the areas of energy generation and efficiency. The infrastructure built for these Games included large-scale solar panel installations and alternative energy vehicles, demonstrating that these technologies were ready for deployment on a broader scale.

Keep in mind that this was more than 20 years ago and nearly a decade before Elon Musk founded Tesla. These installations helped usher in an era of solar deployment and alternative fuel vehicles. The late 1990s and early 2000s saw the development of dozens of new alternative energy programs in countries around the world.

The Richmond Olympic Oval, the site of long-track speed skating events during the Vancouver Winter Olympics, has been converted into a multi-use facility. Photo by adrian8_8/Flickr.

Yet the movement to showcase new technologies may be running out of steam. Pyeongchang 2018 has embraced wind electricity — enough to power the entire Games — and has ensured that each of the six major facilities built for the events have green building certifications, incorporating cutting-edge materials, systems and design to minimize energy and water consumption. All of these approaches help reduce the footprint of the Games, but few can still be called innovative in 2018.

Despite the best efforts of both the IOC and corporate sponsors, however, the impact of the Olympics is hard to miss. With an estimated footprint of 1,590 kt of greenhouse gases, Pyeongchang 2018 will come at a high cost. Couple this with low ticket sales and the potential of abandoned venues in the future, and the Games begin to look hopelessly out of step with the concerns of a world working to achieve a low-carbon future.

Perhaps it’s time to call for a broader Olympics of sustainability: ideas that can help us significantly move the needle towards greener living in an inclusive world.

Each Olympics could adopt an area — transport, construction, electricity, ecology — and showcase innovative ideas to inspire the world.

Some of the earlier attempts to green the Olympics have given us dramatic examples — the Richmond Oval, for instance, uses recycled materials to give us a soaring building that was designed not only for the Games, but for its future use.

The Olympics needs more of this sort of forward-looking thinking.