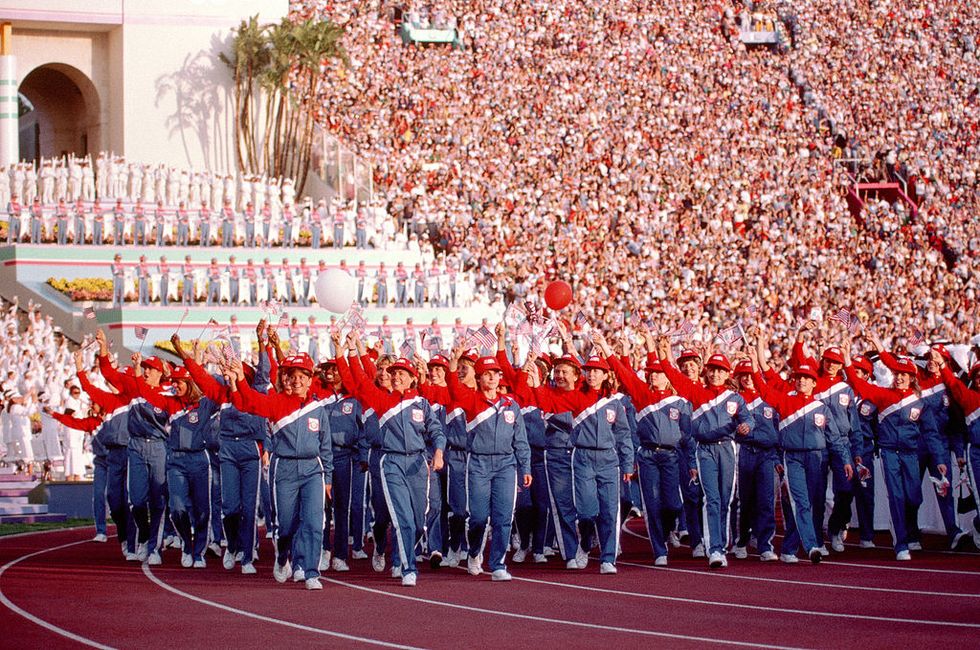 The NBA pulled its All-Star Game from Charlotte due to North Carolina’s anti-LGBT laws regarding restroom access. The NCAA shifted multiple championship events away from North Carolina for the same reason.

The NFL once pulled the Super Bowl from Arizona for that state’s failure to make Martin Luther King Jr. Day a state holiday (Arizona eventually recognized the holiday and has subsequently been awarded Super Bowls). And the United States and the Soviet Union led boycotts of each other’s Olympics in the 1980s.

Sports being used as a political tool is nothing new. And it could be happening again—this time to the United States’ detriment.

Los Angeles is considered a favorite to land the 2024 Summer Olympics, which would mark the United States’ first Olympics since Atlanta in 1996, and LA’s first games since the boycotted event of 1984. The International Olympic Committee—which holds votes to award the winning bid, with a final vote on the 2024 games expected in September 2017—is comprised of 98 members from across the globe, representing countless ethnicities.

“It may have,” Canadian IOC member Dick Pound told the Associated Press.

It’s a fear that LA Mayor Eric Garcetti expressed over the summer while attending the Rio Games.

“I think for some of the IOC members they would say, ‘Wait a second, can we go to a country like that, where we’ve heard things that we take offense to?’” Garcetti told AP. “They (IOC members) wonder, ‘Is America going to take this strange turn?’”

Los Angeles is one of three remaining finalist cities in the bidding for the 2024 Olympics; Paris and Budapest, Hungary are the other two. Rome and Hamburg, Germany, each withdrew bids.

[quote position="right" is_quote="true"]Can we go to a country like that, where we’ve heard things that we take offense to?[/quote]

Putting aside questions around whether a city should even want to host the Olympics, the Los Angeles Olympic committee, LA 2024, believes its efforts shouldn’t be impacted by the potentiality of an internationally unpopular president.

“We strongly believe the Olympics and LA 2024 transcend politics and can help unify our diverse communities and our world,” the group, led by Casey Wasserman, said in a statement. “We look forward to working closely with President-elect Trump and his administration.”

Before the election, however, Wasserman acknowledged the potential issues a Trump presidency might cause.

“I think you should judge a country on who is the president and their beliefs and their policies,” Wasserman said last summer. “And clearly that’s something the members will take into account. But that’s something I can’t control.”

Garcetti believed that regardless of who won the election, the country could use the Olympics to display what he believes America represents—which is a more open, positive vision than the one commonly put forth by Trump, who frequently speaks of mass deportations, immigration bans, and walls.

“The idea that (some believe) we exclude people based on who they are at our borders gives us urgency to having things like the Olympics underscore who we are and what we’re about,” Garcetti said.

Trump managed to connect with a large portion of the U.S. population that was angry at its government, feeling that they had been left behind. Finding a way to express a message that resonates with an audience—or a way to create the appearance that the message resonates with him—is a skill Trump has employed in business, entertainment, and now, politics. And should he attend September’s IOC meeting in Lima, Peru, he may have the opportunity to use the skill to his advantage.

“If he is there, and evidently he is someone who feeds off his audience,” Pound said, “there is no reason to think he can’t work this audience as well.”

Or maybe he doesn’t even have to work the audience.

“He has been rude to everybody,” South African IOC member Sam Ramsamy told AP. “I don’t believe it will affect bidding in any way.”