The Science Behind Why Kids Can Run Around All Day

They’re more like adult endurance athletes than we once thought. 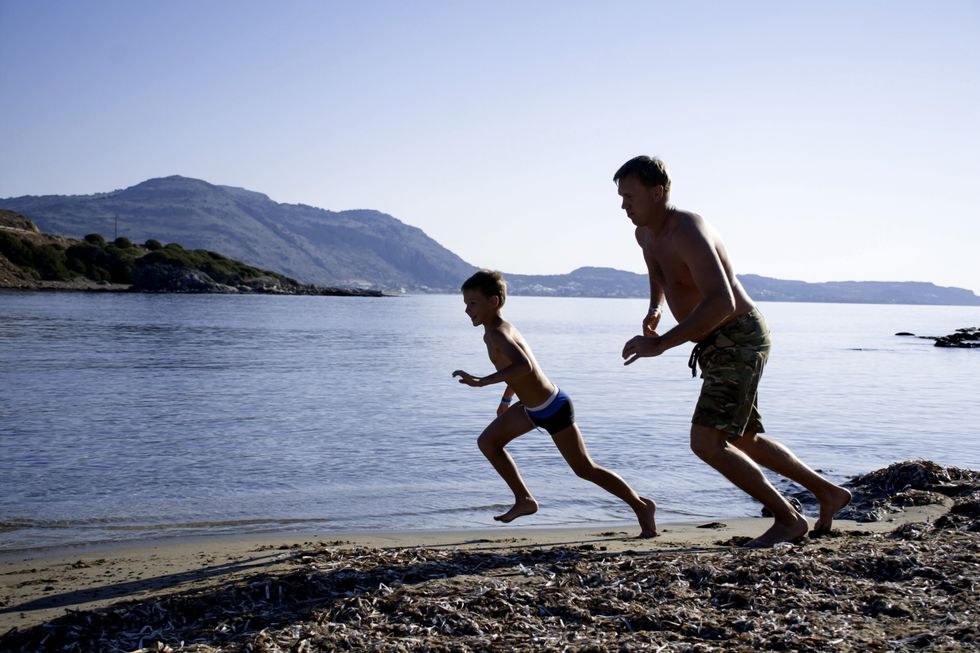 Most of us know children who can run and play for hours and hours, taking only short rests. As a parent or caregiver, it can be exhausting.

For scientists, why this is the case has long been the source of debate — is it due to fitness? Or something else?

Our study published in April looked at performance and recovery of children and adults doing strenuous cycling. It shows children not only out-perform most adults, but can perform as well as highly-trained adult endurance athletes, and then recover even faster afterward.

Tired from parenting? Blame your muscles. Image via The Conversation/Shutterstock.

Repeated experiments have shown that the muscles of children tend to fatigue more slowly than adults’.

These results seem to fly in the face of what science would predict. For example, children have shorter limbs, so they have to take more steps and should therefore theoretically use more energy.

Children are also less able to make use of tendon energy return systems — that is, they store less energy in their tendons so they can’t reuse this energy to propel themselves during movement.

And children show greater activity in muscles that oppose or control movement, a reflection of the fact that typically they are less skillful and therefore, use more energy.

So, how do their muscles stay fresh?

One possible explanation for the remarkable muscle endurance of children could be their different use of energy pathways.

Anaerobic (“oxygen-independent”) pathways produce large amounts of energy without the need for oxygen but tend to cause rapid fatigue. For example, sprinters rely on anaerobic metabolism to run fast over short distances.

Aerobic (“oxygen-dependent”) pathways tend to produce energy at a slower rate but allow us to work for many hours without muscle shutdown, like in a well-run marathon.

We know from existing research that children seem to be able to get more of their energy from aerobic pathways than adults, minimizing the fatiguing anaerobic contribution. Their aerobic machinery also kicks into gear faster than adults, so they don’t need to rely as much on anaerobic metabolism when exercise first starts.

These benefits are believed to partly result from children having a greater proportion of so-called “slow-twitch” muscle fibers, which have a greater activity of important enzymes that drive the release of energy from aerobic pathways.

Such findings prompted us to speculate that children’s muscles might actually respond to exercise in a similar way to adult endurance athletes’, since they too show these characteristics.

We tested our speculation in a study run by researchers at Université Clermont Auvergne, in France.

In the first test, power output was continually increased until exhaustion. In the second test, the subject completed a 30-second all-out cycle sprint. These tests allowed us to measure numerous physiological responses to exercise and assess both the rate of fatigue and then recovery specifically during brief, maximal-intensity exercise.

We found that the children fatigued as much in the all-out cycle as the endurance-trained athletes (about 40% loss of power) and much less than the untrained adults (about 50% loss).

Data also show that the proportion of energy derived from aerobic pathways in the 30-second cycle sprint was similar in the children and athletes, and more than in untrained adults.

These results clearly show that fatigue rates in response to high-intensity exercise may be the same in children as they are in highly-trained adult endurance athletes and that this is associated with an incredible generation of energy from aerobic energy pathways.

But data collected during recovery from the exercise also revealed startling outcomes. The rate at which oxygen use declined after the exercise was the same in children and athletes. The rates at which heart rate returned to normal and lactate (a compound associated with muscle fatigue) cleared from the blood were even faster in the children, and again, much faster than in untrained adults.

These data show that children’s muscles recover rapidly from high-intensity exercise, possibly revealing why children are able to produce repeated exercise efforts when most of us adults continue to feel exhausted.

Such data provide strong hints as to how to optimize exercise and sporting performance in children.

Children might benefit from short, high-intensity exercise bouts to boost anaerobic capacity and a focus on movement skill, muscular strength, and other physical attributes more than in adults.

Adults (and adolescents), on the other hand, may need to place a greater emphasis on improving their muscle aerobic capacity.

There may also be important health implications. Metabolic diseases, including diabetes and many forms of cancer, are increasing in prevalence in adolescents and younger adults but are still rarely seen in children. It might be the case that the loss of muscle aerobic capacity between childhood and early adulthood is a key maturation step that allows metabolic diseases to take hold.

It will be interesting in the future to examine the link between muscle maturation and disease and test whether the maintenance of our childhood muscles through exercise training might be the best medicine to prevent disease.

Either way, at least we now have some idea as to why children are able to play and play and play when we adults need to take a break. Kids are already elite.